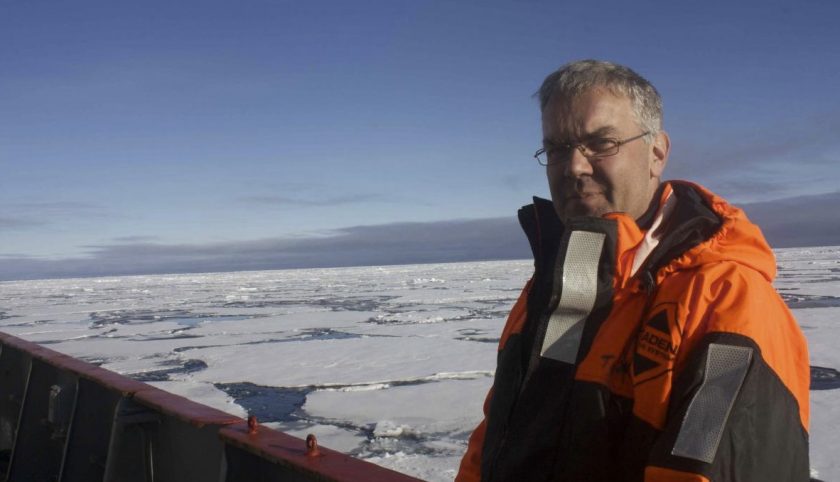 A Flintshire Scientist will focus on research carried out at Bangor University over the past 15 years when he addresses the Senedd (Welsh Parliament) on Climate change and severe weather.

Professor Tom Rippeth from Northop will be presenting research on Tuesday at the Climate Science and Sustainability themed meeting ahead of the COP26 United Nations Climate Change Conference in Glasgow in November.

Research by Bangor University has revealed the growing influence of Atlantic water in melting Arctic Sea ice and the potential impacts of the declining sea ice on Wales’ weather.

This causal link is yet to be proven by science, but the lack of proof could be because the climate models used to predict future changes do not include a newly discovered warming mechanism.

The summer decline in sea ice is largely driven by atmospheric warming, with a re-freeze during the perpetual cold of the long dark winter.

However recent research to which Prof Rippeth of Bangor University School of Ocean Sciences contributed, has shown that year-round melting caused by warm currents flowing under the sea ice from the warmer Atlantic is now overtaking the effects of warm summer air temperatures in the eastern Arctic Ocean . 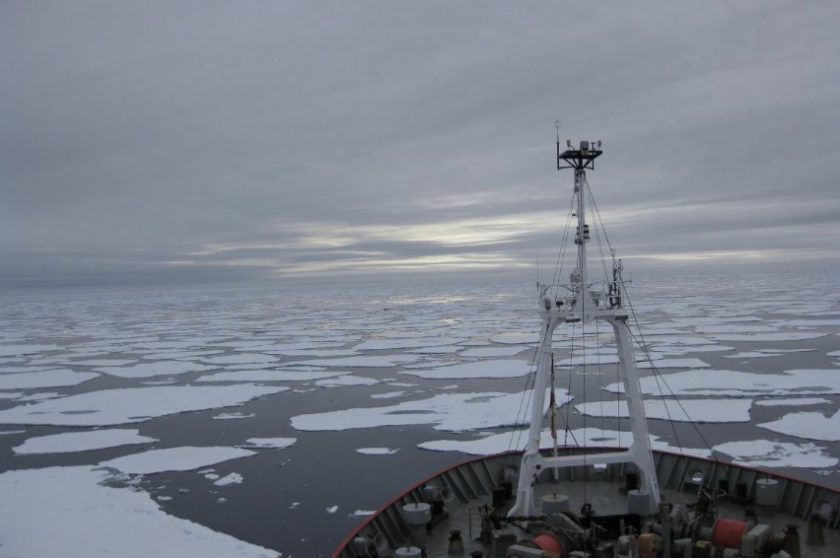 Summer decline in sea ice is largely driven by atmospheric warming, with a re-freeze during the perpetual cold of the long dark winter.

Professor Rippeth explains: “The Arctic is warming at twice the rate of the rest of the planet and a conspicuous consequence is the decline in sea ice extent over the Arctic Ocean, which in-itself promotes further warming through the ice-albedo effect.

“On average an estimated additional area of sea ice approximately equivalent to four times the size of Wales is lost each summer according to the National Snow and Ice Data Centre. We have also experienced the 15 lowest summer sea ice extents on record in the past 15 years.

“Scientists think it no coincidence that increased occurrence of ‘weird’ or severe weather, including floods, wildfires, the “Beasts from the East” winter freezes and heatwaves in northern Europe have coincided with the sea ice decline over the past 15 years.”

A seminal paper by Dr Yueng-Djern Lenn, of the School of Ocean Sciences and colleagues in 2018 showed that the warming of this inflowing Gulf Stream water had resulted in the disappearance of sea ice over the southern Barents Sea in winter.

Although warmer than the Arctic Water the inflowing water is also saltier and sinks below the less saline Arctic waters and was isolated from melting the ice above by low levels of turbulence in these waters.

Further to the east in the Laptev Sea, north of Siberia, the declining sea ice has resulted in increased ocean turbulence which is bringing more heat from the Atlantic water to the surface causing increased sea ice melt, a later re-freeze and thinner sea ice for the following year.

Professor Rippeth said: “This is particularly worrying as it creates a new ice/ ocean heat positive feedback which will in turn further decrease sea ice extent.

“Whilst the Arctic Ocean may seem very remote from our daily lives here in Wales, there is increasing evidence that the changes in the far north might be impacting us through changes in our weather. We need to improve our understanding of these links if we are to be able to mitigate and protect ourselves against the consequences.”

Professor Rippeth will the Welsh Senedd and an online audience, when he speaks at a Science and the Senedd event organised by the Royal Society of Chemistry on Tuesday 28th September.