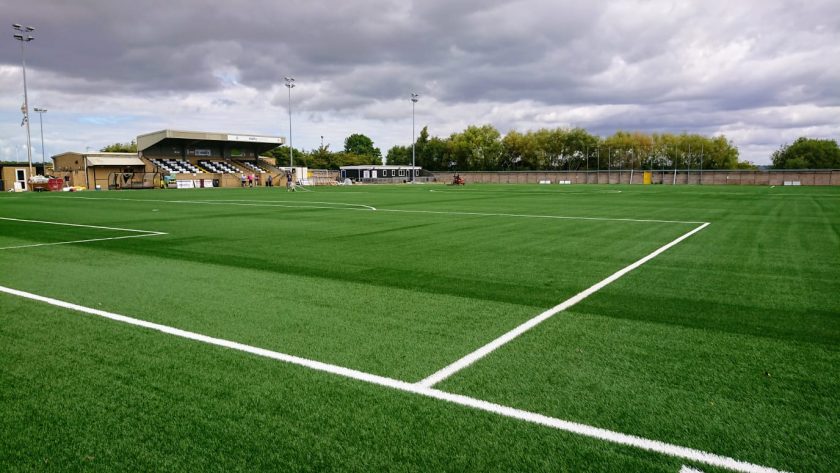 Flint officials had been left “dumbfounded” following claims by a referee that parts of the club’s brand new £500,000 pitch are the wrong size.

Flint’s home match against Welsh Premier League leaders TNS on Tuesday evening was switched after concerns were raised about the dimensions of the pitch.

The issue came to light ahead of Flint’s first game on the new pitch at the Essity Stadium against Bala on Saturday, 17 September.

The pitch had previously been measured and passed by inspectors approved by football’s world governing body FIFA.

PST Sport has laid over 300 artificial grass pitches across Ireland and the UK including over 30 FIFA-accredited football pitches.

Flint Town informed the FAW of the confirmed FIFA measurements, but Welsh football’s governing body insisted on an independent verification, which did not take place.

That has now taken place and the FAW has confirmed the pitch is “compliant with all regulations.”

The club is reported to have lost a significant amount of revenue due to the TNS fixture switch, though the game will now be played on 16th December.

In a statement posted on its website today, Flint Town United said: “We have been informed by the FAW this morning, that an inspection carried out on our new 3G pitch with regard to all pitch measurements, confirms that the pitch is compliant with all regulations.”

“We are delighted at this news and can now look forward to our home game on Saturday -v- Penybont.”

“We thank the FAW for their cooperation in resolving this matter.”

“On hearing the news, club Chairman Darryl Williams commented, “This is great news, and as I said a couple of weeks ago, this is the best pitch in Wales and now that’s official….!!!”

“Saturday’s game kick off at 2-30pm and tickets can be bought in advance via our Fixtures & Tickets section on the website.”