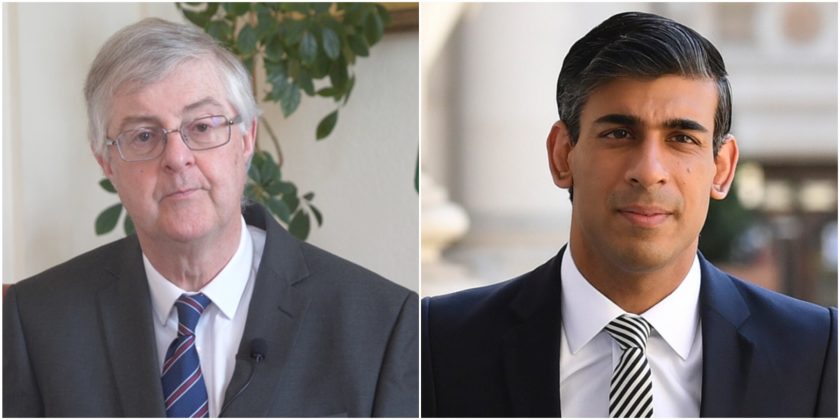 Wales’ first minister has made a direct appeal to Chancellor Rishi Sunak not to take away a £20 a week Universal Credit uplift given to help struggling families during the pandemic.

The charity’s research is released as Ofgem announces £139 rise in default tariffs and £153 increase for prepayment meter customers.

The rise which takes effect in October will hit family budgets just at the same time as the government’s planned cut of £20 a week to Universal Credit, which is set to affect six million households.

It will also coincide with the end of the furlough scheme, which the charity warns could lead to further job losses and more families being pushed onto benefits.

Speaking to Sky News this morning, Mark Drakeford said: “I make a direct appeal to the Chancellor of the Exchequer not to take away the £20 a week that the very poorest families in Wales have been able to rely on during this pandemic.”

“The thought that those families are going to have to cope with higher energy bills, and have £1000 less a year to meet those basic bills, food, energy, the things that children need as they’re growing up, the chancellor has it in his hands to make sure that that doesn’t happen.”

“I make that appeal directly to him today.”

Alyn and Deeside MP Mark Tami said the decision to cut the £20 uplift “makes no sense.”

“This cut will hit hardest those people who are working in badly paid jobs, the ‘just about managing’.”

“This cut will also see more children in Alyn & Deeside pushed back into poverty. We should be fighting to end child poverty, not increase it.”

Citizen Advice estimates that nearly 2 million households are already behind on their energy bills, even before the new price rise and planned Universal Credit cut – an increase of around 410,000 from prior to the pandemic.

Nearly a quarter of people (22%), equivalent to nearly 6 million households, already say they are worried about paying their energy bills

The combined effect of the £20 Universal Credit cut and the rise in energy bills would leave three quarters of Citizens Advice benefit and debt clients unable to cover their living costs.

James Plunkett, Executive Director at Citizens Advice, said: “This price hike could lead to a perfect storm for families this autumn, hitting people at the same time as a Universal Credit cut and the end of furlough. It’s particularly worrying given families on Universal Credit are far more likely to already be in energy debt.

“With bills rising and incomes falling, many families will find it hard to escape. For many, debt will be the inevitable consequence.

“It all adds to the growing case to rethink the government’s planned cut to Universal Credit and keep this lifeline which has been vital to keeping so many afloat.”