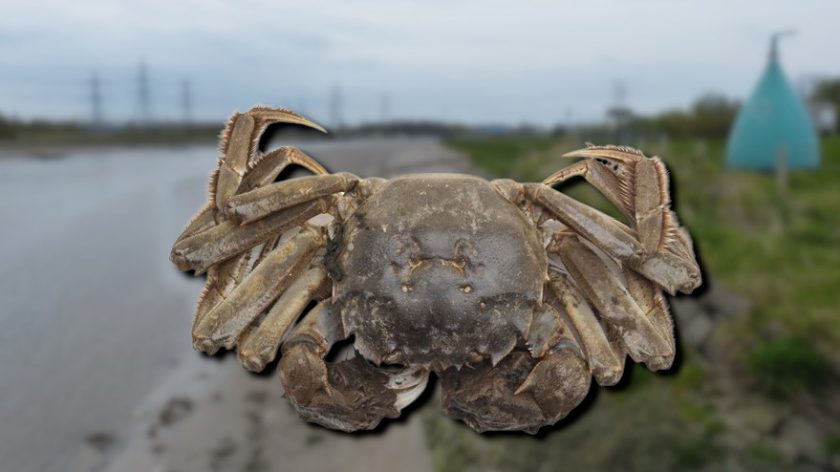 Aquatic life in Wales is under threat from invasive alien species says Natural Resources Wales and we can all play a part in helping to tackle the spread of water-borne pests.

One of the world’s 100 worst invasive species has made its home right here in Flintshire, on the banks of the River Dee.

Eriocheir sinensis or Chinese mitten crabs are an invasive species whose spread in the UK requires continuous updating and everyone can monitor their distribution by reporting sightings.

Today sees the end of Non-Native Species Week, an annual international event to raise awareness of the impacts of invasive non-native species.

As part of a week of activity, Natural Resources Wales is urging anglers, boaters and canoeists to carry out biosecurity and practice ‘Check, Clean and Dry’ techniques to help stop the spread of invasive non-native species.

The Chinese mitten crab is a hairy crustacean that damages riverbanks, compete with native species, block water outlets and damage fishing gear such as nets with their claws.

They live in rivers, canals and estuaries, so are mostly likely to be encountered by anglers, and other users of waterways.

Originating in South East Asia, the first mitten crab was recorded in the UK in 1935 in the River Thames at Chelsea.

By the 1990s they had become well-established in the River Thames.

The first record of Chinese mitten crab in North Wales was made in the River Dee in 2006.

In their native China they are known to travel up to 1500 kilometres upstream.

The Dee is around 110km in length from its headwaters in Snowdonia to its estuary alongside the Wirral peninsula, giving this species the opportunity to access the whole of its banks and travel further into North Wales via tributaries.

Adult crabs are capable of consuming 5-15 individual mussels each per day.

How to identify a Chinese mitten crab

They are the only crab found in freshwater but may be confused with native species in coastal habitats.

Mitten crabs can be identified by the following features:

“Invasive plants and animals from all over the world have been accidently and deliberately introduced to Welsh waters over the years, causing serious environmental problems as well as preventing people from carrying out their water-related activity.

“This week (16 May -22) is Non-Native Species Week, an annual international event to raise awareness of the impacts of invasive non-native species and the simple things that everyone can do to prevent their spread.

“We are urging anglers, boaters and canoeists to carry out biosecurity and practice ‘Check, Clean and Dry’ techniques to help stop the spread of invasive non-native species by ensuring their tackle, clothes and craft are free from aquatic animals and plant life after use.” 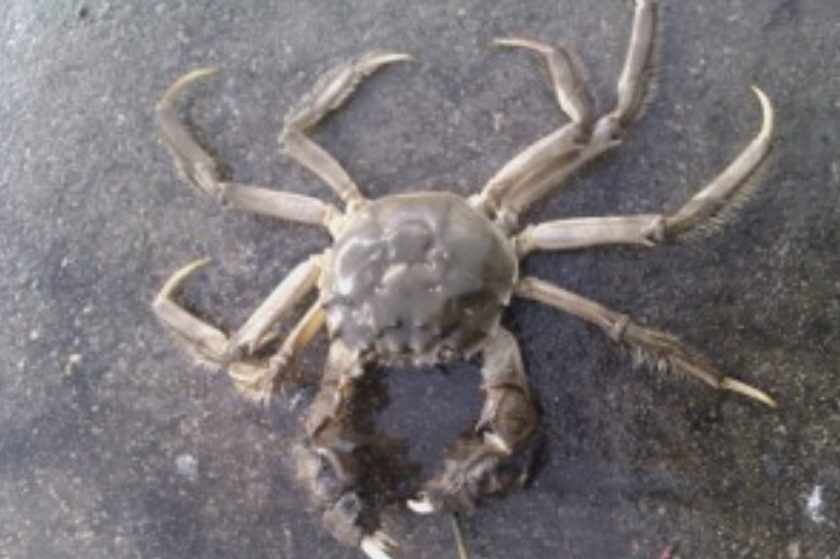 As well as Chinese mitten crab in the River Dee, Ben said non-native invasive species are a Wales-wide problem,.

“Others giving cause for concern include killer shrimp and zebra mussels in Cardiff Bay; killer shrimp in Eglwys Nunydd reservoir at Port Talbot; topmouth gudgeon at several site in Llanelli and American lobster which has been spotted offshore near Pwllheli and Conwy.” Ben said.

“Eradicating these pests is both costly and difficult but we can help reduce their spread by following the Check, Clean and Dry guidance.”

“The simple act of transporting one plant or animal fragment to another area can have a devastating impact on our native species, which in turn can have an adverse effect on tourism, recreation and businesses which rely on the affected waters.”

“Once a non-native species reaches a new location it can be difficult and sometimes impossible to eradicate so prevention really is the best way to protect our natural environment for generations to come.” He added.

If you see a Chinese mitten crab when you are out record your sighting with a photo (if possible) on the iRecord website or the bilingual LERC Wales App.