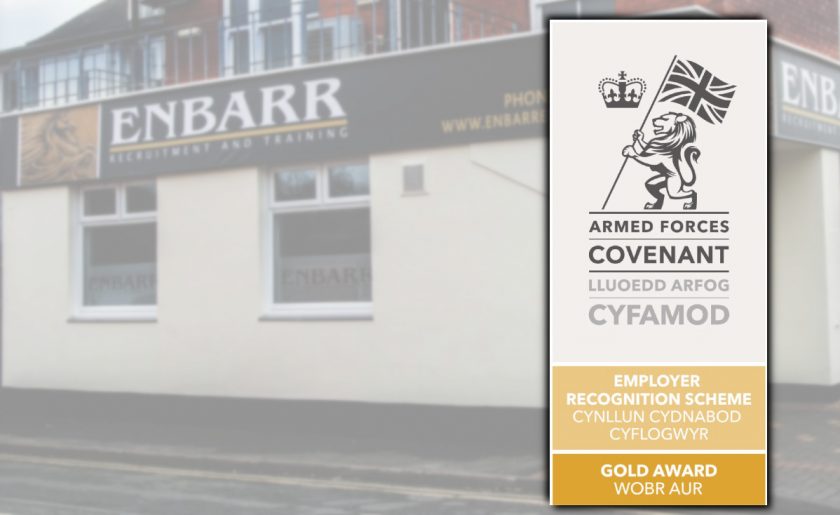 A Deeside based employer has been named as one of Britain’s top supporters of the Armed Forces.

Queensferry based Enbarr is one of a record number of private and public organisations to have won the top accolade from the Ministry of Defence (MoD).

Now in its seventh year, the MoD’s ERS Gold Awards represent the highest badge of honour available to those that employ and support those who serve, veterans and their families.

This year 47% of winners are either micro organisations or Small Medium Enterprises and 38% are public organisations.

This year’s 127 award winners join a group of 226 winners from previous years.

To win an award organisations must demonstrate that they provide ten extra paid days leave for reservists and have supportive HR policies in place for veterans, reserves, Cadet Force Adult Volunteers and spouses and partners of those serving in the Armed Forces. 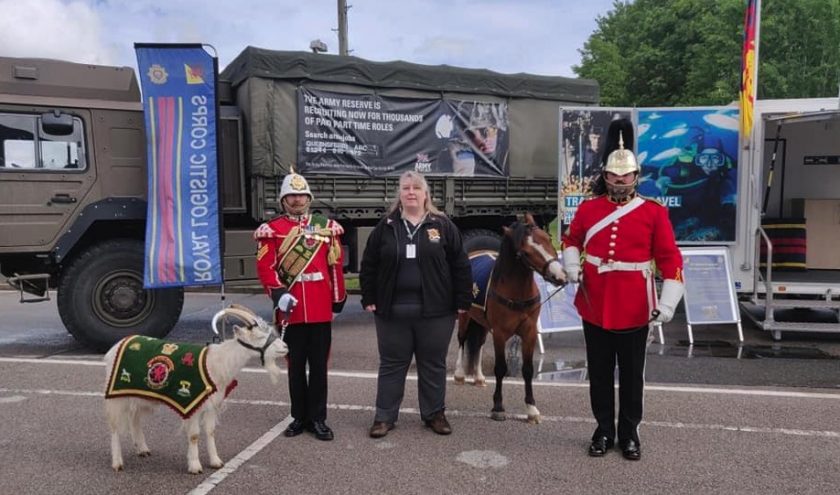 Johnny Mercer, Minister for Defence People and Veterans said: “The breadth and diversity of the winners this year shows how business support for the Armed Forces continues to grow no matter the sector, company size or location.

I am grateful for the positive attitude and flexible policies these organisations have adapted towards the defence community, which is testament to the fantastic contribution our serving personnel, veterans and their families can make to any organisation.

I am delighted that so many companies are supporting our people and that, through this scheme, we can give them the public recognition they deserve.”

Director of Enbarr Vicki Roskams said: “We are really honoured for this recognition, especially being such a small organisation.”

“Being a child from an ex service person, the forces have been deep-rooted in my life from an early age which gives our organisation a distinct advantage to care and support not only service leavers but understand the challenges that many families and children undergo every day.”

As a small business and Social Enterprise, Enbarr has tried to go above and beyond its Armed Forces Covenant pledges, championing the covenant, and inspiring its supply chain and clients to support the military community.”

Vicki said her company has managed to remain an organisation employing and supporting a number of reservists, cadets, veterans and their families, “as well as educating those in our supply chain to the benefits of such a talented and diversified workforce.”

Enbarr Foundation is in the process of developing plans ro build an Armed Forces Hub at the old John Summers Steelwork Site.

The hubs aim is to support military family members in Wales and across the border in the North West.