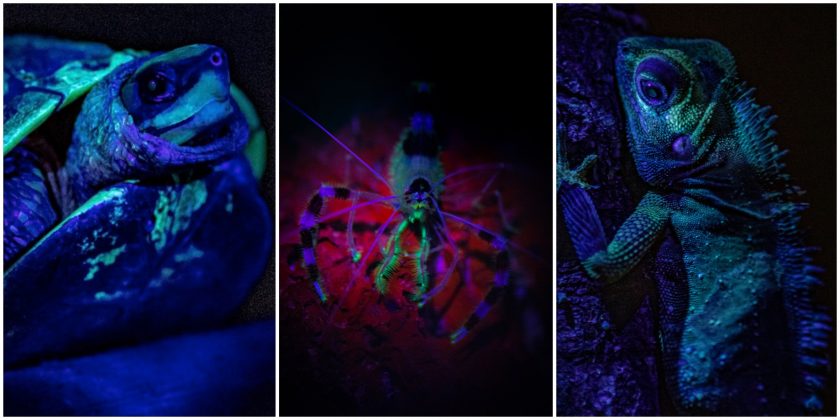 Experts at Chester Zoo have shared a series of ‘incredible’ photos showing a selection of reptile, amphibian and invertebrate species ‘glowing in the dark.’

The never-before-seen photos, which were taken at the zoo at night, show animals displaying vivid shades of red, blue and green under ultraviolet light.

While this phenomenon is widespread among animals and is caused by several different proteins, pigments and chemical reactions in the skin, little is currently known about why it occurs. 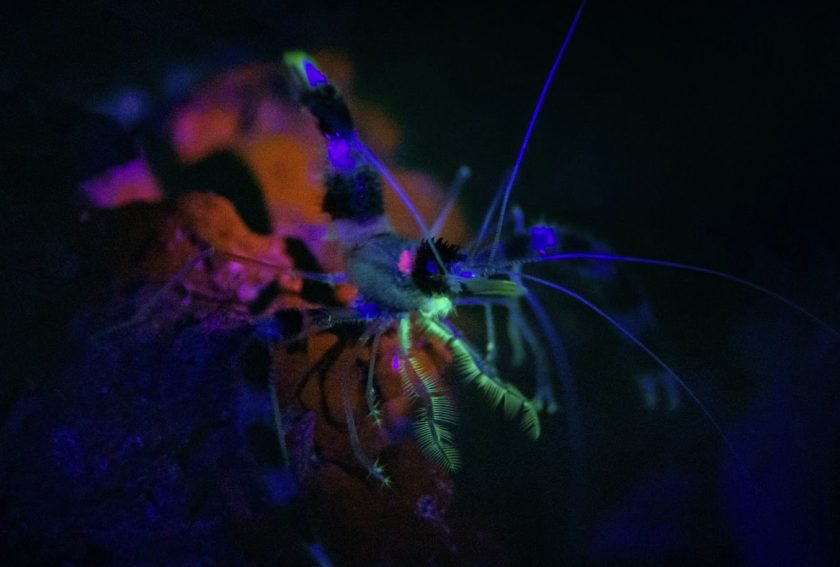 Now, Dr Gerardo Garcia, Curator Lower Vertebrates and Invertebrates at the zoo, who has led efforts to conserve some of the world’s rarest reptiles, amphibians, fishes and invertebrates over many decades, has offered several theories on why it may happen.

“I have worked closely with many these species for more than 30 years, but never before have I seen them in this way,” said Garcia.

“Seeing these different animals glow in a spectacular range of colours really is incredible, but the question remains – why do they glow?

“Communication is everything in the animal world, and how a species presents itself visually is a big part of how they speak to friends and foes.” 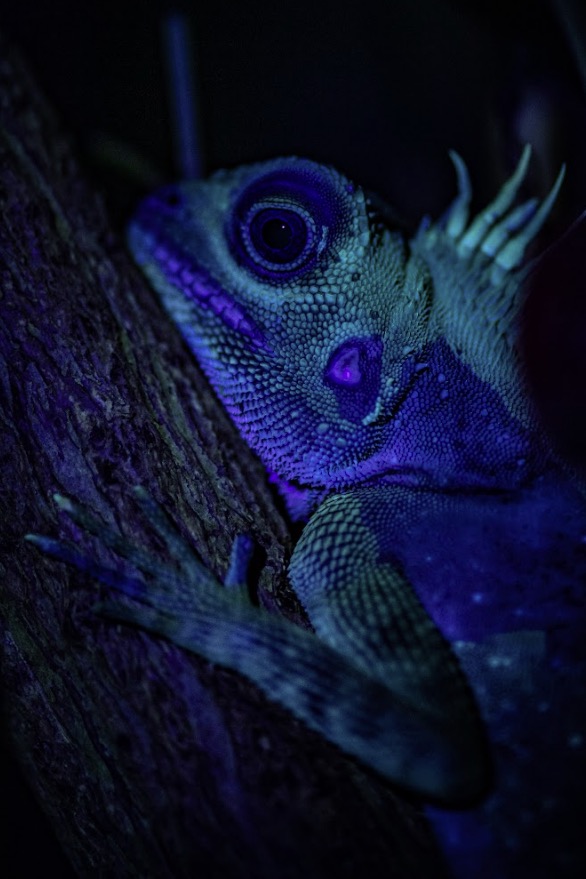 “There are hundreds of frequencies of light and how animals see light, and therefore colours, is different to humans.”

“We actually only see a small portion of the sunlight, so although we may see an animal glowing brilliantly, their own kind, and even other species, may see this completely differently as they read a wavelength that our eyes can’t perceive.”

Dr Garcia says another likely reason for the fluorescent glow is to attract a mate – by helping to catch attention of potential partners by highlight their impressive assets.

“The photos show that only some parts of the animals, such as a claw or an eye, glow – and there may be a good reason for this,” continued Garcia.” 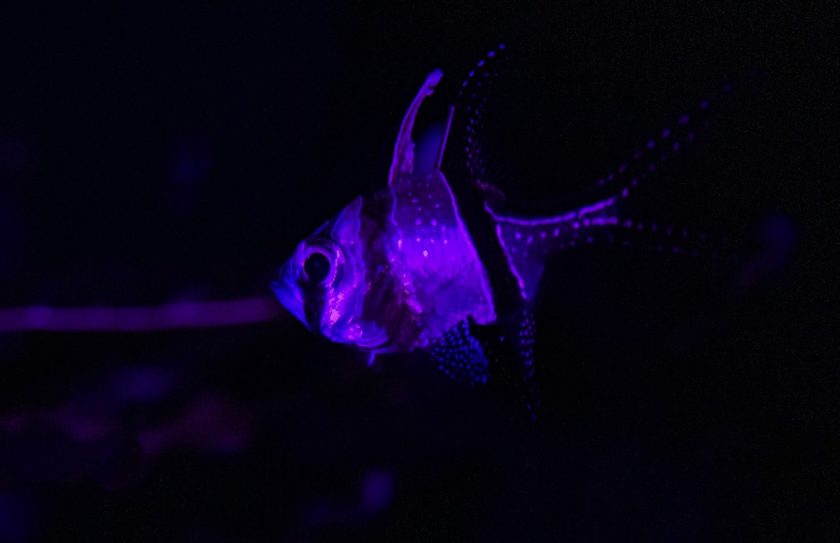 “For the chameleon, for example, fluorescent patterns potentially give them a secondary signalling system that is different to their well-known colour change communication.”

“Males tend to have more tubercles (scales) on their heads than females, which makes them very attractive to the opposite sex.”

“So, with parts of their head glowing, this emphasises their striking head size to females, drawing them in for a closer look.”

“Another theory for an animal’s ability to glow is to mark its territory to others. This is mainly to communicate their social status and ownership, which can help attract a partner and warn off competitors.” 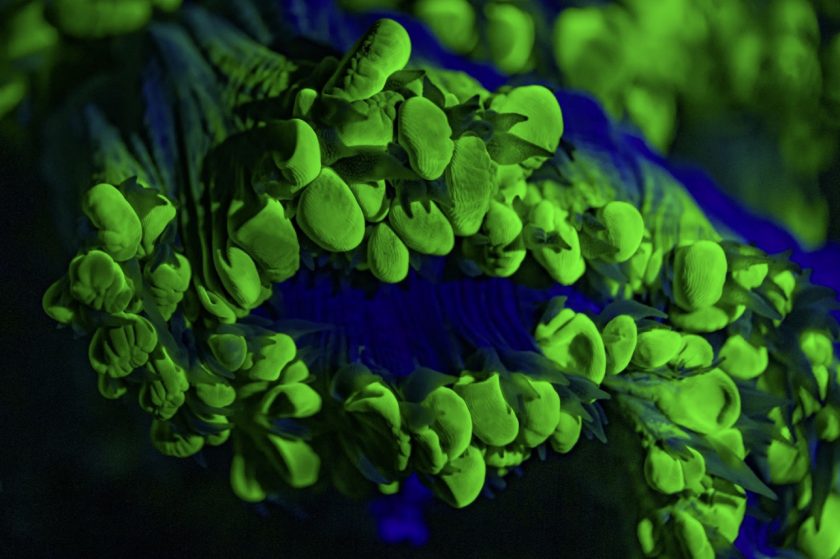 Animals also use colour change to hide from or pose as predators, as Dr Garcia explains:

“Some fish may use their ability to change colour to hide from predators. So, instead of them standing out to potential mates, they could glow to help camouflage.”

“Some even go as far as posing as a particular species’ mate when, in fact, they’re its predator.”

“A fourth explanation could be that it’s just not functional at all and is simply a reaction when exposed to UV light.”

“Fluorescence in terrestrial (land-dwelling) vertebrates has been underestimated until now, and its evolutionary role requires more research.” 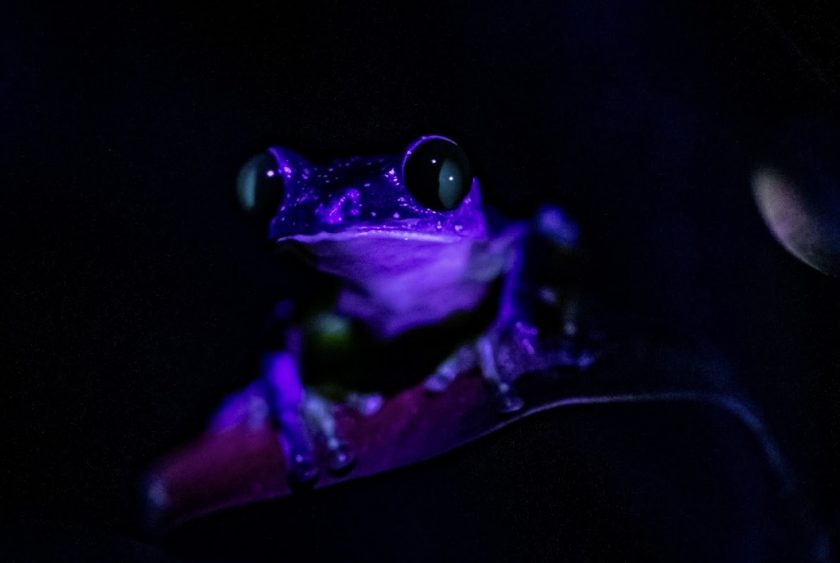 “Our understanding of the role of fluorescence in animal vision is in its early stages, but it does open an exciting door to understand the complex world of animal and plant communication.”

“Whatever the reason for these magnificent sights, they’re fantastic to document and share with others. ”

“We hope these stunning images will further engage people on the importance to protect the unique environment we share with fascinating species of plants and animals.” 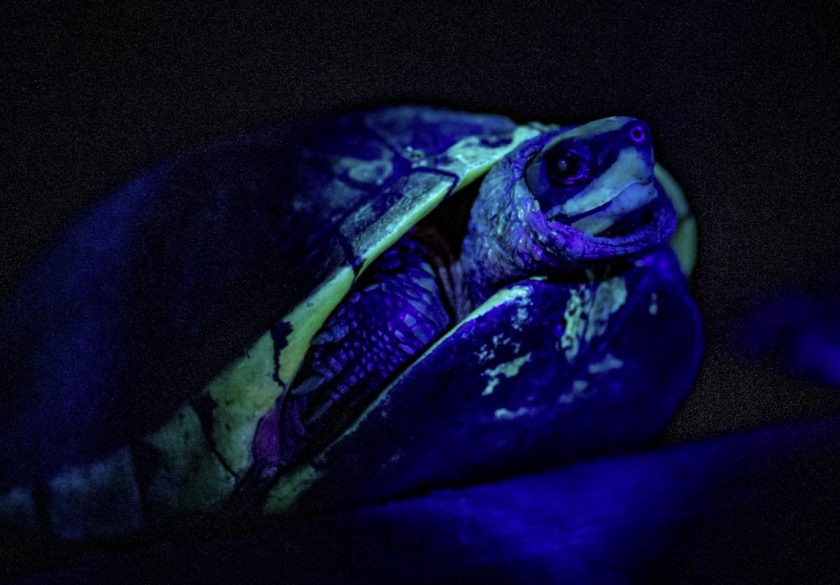