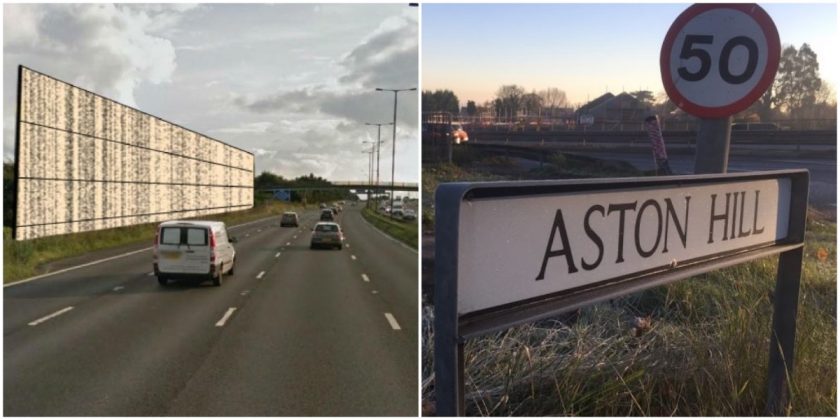 A campaign group has been launched as opposition grows against huge 9 metre high ‘environmental barriers’ the Welsh Government wants to erect along the A494 in Deeside.

The ‘Say no to the 9m fence’ group is fighting proposals which would see a barriers – the height of two double-decker buses – installed along the A494 between Queensferry and St David’s Park junction.

The Welsh Government has said that environmental barriers “have been identified as having the potential to deliver reductions in roadside concentrations of nitrogen dioxide.”

In March, Deeside.com revealed a request has been submitted to Flintshire Council planners for their views on whether the installation of timber barriers would need an Environmental Impact Assessment.

The section of road where the barriers are proposed has already been reduced to 50mph due to levels of Nitrogen Dioxide (NO2) being above the legal limit as set out by an EU directive.

Average speed cameras have also been introduced along the east and westbound carriageway of the A494 to monitor the 50mph zone which stretches from St David’s Park, Ewloe to Deeside Industrial Park Interchange.

The aim of the barriers will “further safeguard” those living close to the A494 and will “complement the already established reduced speed limit to further reduce roadside exposure to air pollution.” According to documents submitted to the council.

The barriers – which will be dug 3 metres into the ground – work by pushing vehicle emissions upwards to a height where they can mix with cleaner air, aiding dispersion of pollutants.

But they have been likened to the Berlin Wall, one campaign group member said: “The impact on this ridiculous proposal to our community and residents will be catastrophic and Berlin Wall or The Aston/Shotton Wall should be stopped NOW.”

Concerns have also been raised around the huge barriers blocking out light to those properties they will be erected in front of. Other people are concerned about the impact on property values.

The barriers would be installed at three separate sites along the A494, each comprising solid fencing 9m in height across the entire length and “linked to the height of the nearest residential properties.”

The first section would run 430m from the exit of Old Aston Hill, adjacent to residential properties on Alder Avenue, down the hill ending at the Lower Aston Hall fly over. 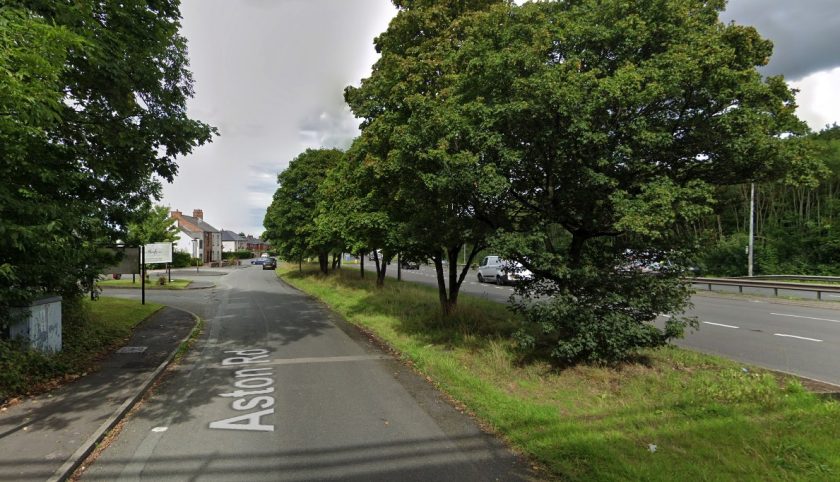 Under the proposals, A 70m long 9m high solid fence would be installed on the grass verge outside the Plough Pub

One added bonus for residents, “due to the air quality barriers being solid in nature, they are likely to lead to a reduction in noise from the traffic.” WSP states.

WSP also says that “air quality barriers have been tested in both the UK and Europe confirming the associated improvements, albeit no similar structures are currently in place.”

The planning consultancy said that “modelling confirms that height alone is the most important parameter, forcing pollutants to a height where they can mix with cleaner air, aiding dispersion and dilution.”

Flintshire County Councillor Helen Brown set up the new campaign group on Facebook, she has promised to fight “hard” against the plans.

“What I can assure everyone of, we will campaign and campaign hard against this, we have a proven track record in our community and people power will be seen once again in relation to the A494.”
“I’m now setting up a campaign group and anyone can contact me to join forces.”

“I will be calling on our local AM and PM to back us in our fight against this proposal, and better still, get on with the RED ROUTE.”

“The environmental barriers are one of the precautionary measures identified in the Weltag studies which led to the development of the Welsh Government supplemental plan to the UK plan for tackling roadside nitrogen dioxide in November 2018.”