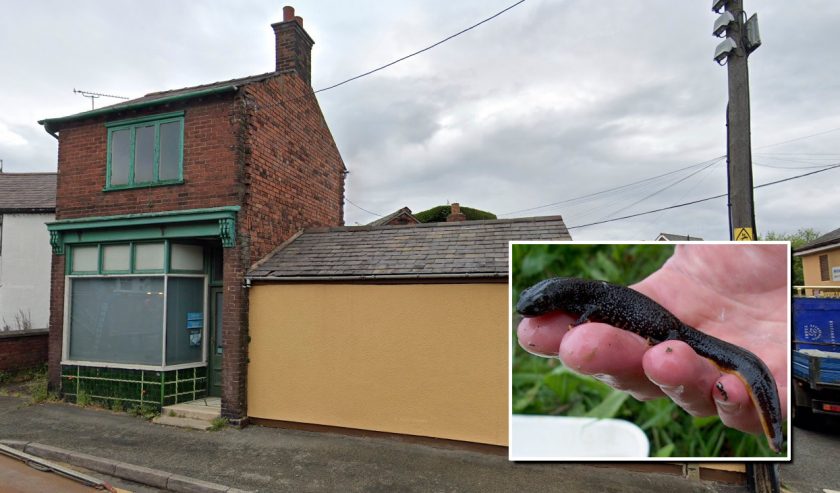 Plans to convert a former abattoir into a home in Buckley have been turned down, with concerns for protected great crested newts given as one of the reasons for refusal.

Flintshire Council planners have rejected a proposal to change the use of an old abattoir on land behind a cottage on Chester Road in the town.

The plans would have seen the building converted into a two-bedroom, two-storey home with parking space.

But among the reasons given for refusal were parking and highways concerns, the potential for it to be “detrimental” to the Buckley Claypits and Commons site, as well as protected great crested newts in the area, and that “the proposals amount to a form of contrived and cramped development”.

“The building abuts the north western boundary of the site with the adjacent ‘Buckley Tyres’ premises. The remainder of the application is open to the curtilage of Fern Cottage.

“The proposals seek to change the use of the building, together with extension and alterations, to form a two bedroom detached dwelling.”

The report added: “I am advised by NRW (Natural Resources Wales), as the statutory consultee in these matters, that they have concerns that an effect from the proposed development on the Deeside and Buckley Newt Sites SAC (Special Areas of Conservation) cannot be ruled out.

“I also note that the Council’s parking standards suggest that an additional parking space should be provided to serve the development where only one space is presently proposed.

“The road from which access is derived is subject to on road parking that is at capacity, leading to drivers obstructing access points and parking in positions that obstruct the highway.

“In addition, the car parks in the vicinity are oversubscribed and cannot be relied upon as a substitute for the shortfall either.”

The proposals were refused by Flintshire Council’s Chief Planning Officer Andrew Farrow in a delegated decision.