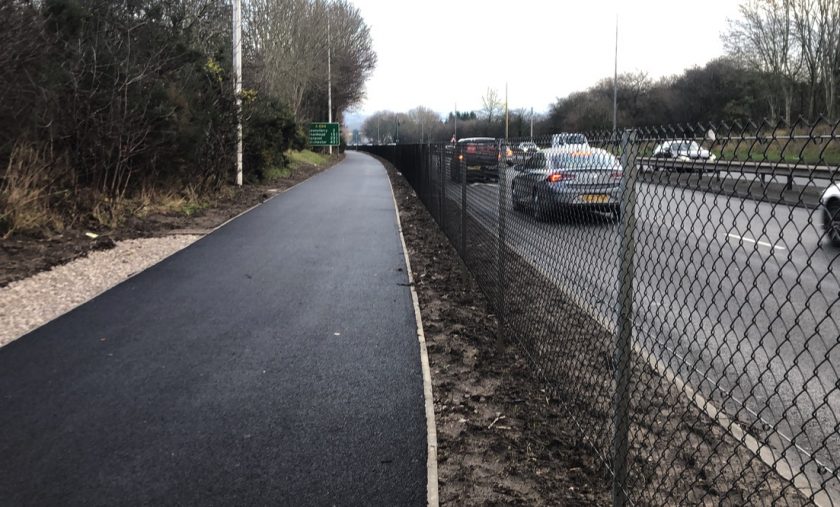 Work on a £700,000 pathway upgrade scheme alongside A494 at Aston Hill has entered a final phase.

The pathway upgrade – funded by the Welsh Government – has been split into two stages.

The first was completed in January 2020, that saw work on ‘section 1’ of the path – which runs parallel to the A494 eastbound on-slip off Ewloe Roundabout.

Grass verges have been cut away, lighting improved and the path widened along a 200-metre section set back from the eastbound A494 between Ewloe roundabout towards Aston Hill.

The second stage of the upgrade work has been ongoing since before Christmas where the section from the top of the hill down to Old Aston Hill junction is being upgraded.

Work includes widening the existing footway alongside the A494 carriageway to provide up to a 3-metre width shared pedestrian and cycle path.

A new crossing section has been created at Old Aston Hill junction, lamp posts and telephone poles have been relocated, new signage and markings will also be added to indicate the pedestrian and cycle facility.

The final phase of the work, between Old Aston Hill junction and down towards The Plough Pub, got underway part last week, here narrow pinch point where the pathway meets Aston Road is being widened. 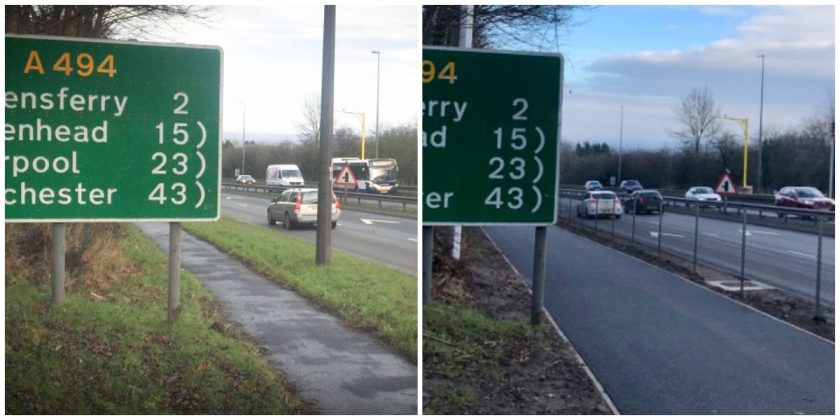 But while the path may conform to a Welsh government “vision,” when it comes to the safety of pedestrians and cyclists, a 350 metre section of the exposed path was not being been fenced off from the traffic according to the original plans.

Prior to work beginning, the local authority held a consultation on the scheme, questions were raised about the lack of safety barriers between pedestrians, cyclists and motorists in an area notorious for road traffic collisions.

Deeside.com asked why there were no new barriers in the plans despite vehicles and path users being brought closer together by footway widening scheme.

Flintshire Council Transport Strategy Officer Jayne Rodgers told us: “In the Active Travel Design Guidance it is stipulated that the ideal situation is one where there is a dividing verge and in this situation that is the case and so any need for guard railing is largely negated.”

“The inclusion of the guard railing along the whole route would reduce the dynamic envelope for movement of cycles and potentially impact on the width available for passing.”

Since then things appear to have changed, a mesh fence has now been installed along the exposed section of the path. 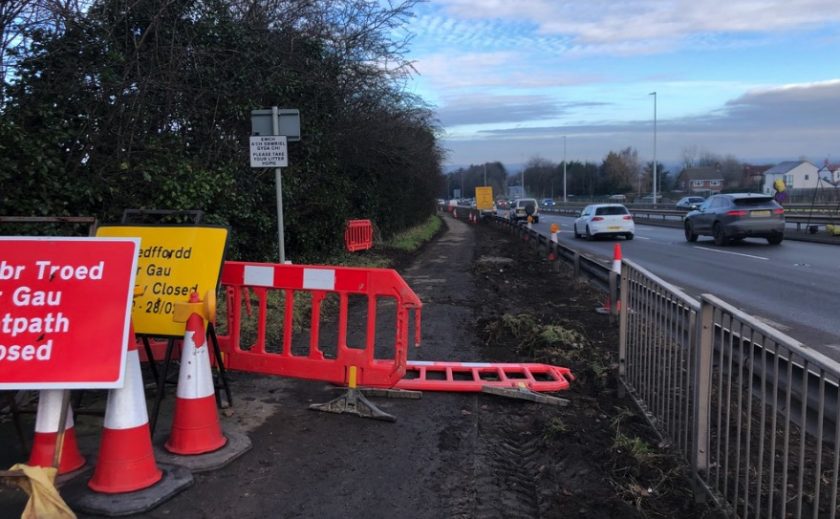 Work has now begun on the final section of path

While it is not an Armco type safety barrier, which would help prevent vehicles involved in collisions from crashing through and onto the path, the mesh fence will protect cyclists from straying onto the busy trunk road.

The final section of work is expected to be completed and the path back fully open by the end of February.


Tweets by Deesidedotcom
Wednesday May 25th 18:30