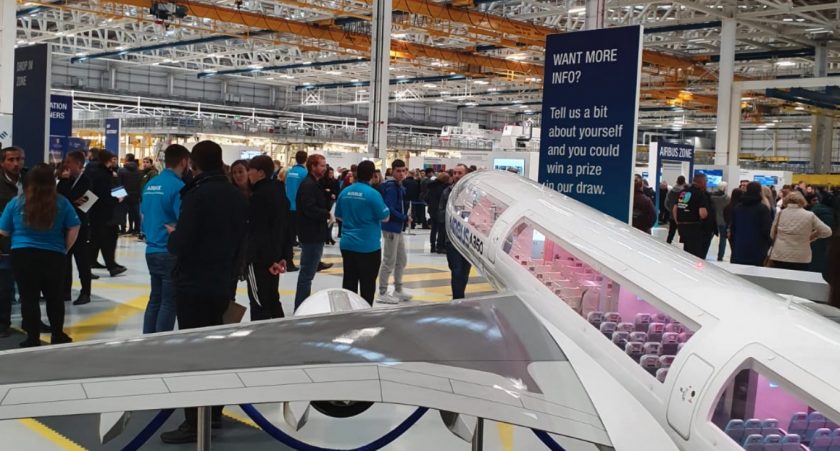 An Apprentice Open Day held at the Airbus in Broughton has been hailed a great success by bosses with over 1700 people going along to find out more about career opportunities with the aerospace giant.

The event held on Saturday at the Airbus Broughton North Factory – where composite wings for its A350 jet are made – gave those interested in a career with the plane maker insight into the much sought after apprenticeship programs.

Airbus has taken on a record number of new apprentices at its Broughton site – surpassing even last year’s bumper total.

Gavin Jones, Head of Early Careers at Airbus in the UK, said: “The Apprentice Open Day on Saturday was a great success with over 1,700 people coming along to learn more about our benchmark apprenticeship programmes and the career paths they support.

“An Airbus apprenticeship is an excellent way for talented young people to gain valuable experience in the aerospace industry while carrying on their academic studies at either national diploma or degree level.”