Airbus starts talks with unions on redeploying A380 workers 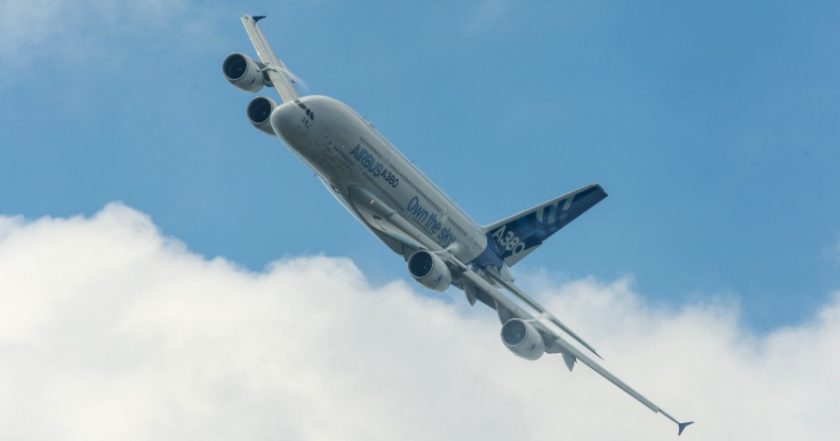 Airbus says it has started talks with unions on redeploying up to 3500 employees from across four countries currently working on the A380 programme.

The planemaker confirmed last month it was pulling the plug on the A380 ‘super jumbo’ with the last deliveries of the aircraft being made by 2021.

Airbus still has 17 A380’s to deliver and staff will continue to support to A380 operators.

In a statement Airbus said:

“Meetings have taken place across the company’s European sites during the European Works Council (SE-WC) meeting with regards to the A380 programme transition and the redeployment of employees.”

“During the meeting Airbus also presented its roadmap for the A380 programme, which included the smooth transition of serial production, encompassing industrial and procurement adaptation but also in-service support for the years to come.”

Airbus has stated between 3,000 and 3,500 positions will be potentially impacted over the next three years, which “is equivalent to less than 3% of our global workforce.”

It’s expected that most employees working on the A380 at Airbus UK sites in Filton and Broughton will be redeployed onto the A320 and A350 programmes.

Bosses at Airbus Broughton have been moving employees from the A380 programme for sometime, the number affected at the site is said to be in the “low hundreds.”

“In recent weeks we’ve been looking at the positions potentially impacted over the next three years in Broughton Plant, which is in the low hundreds, and are currently looking at how we respond to the changes.

We are looking at this in parallel to changes in other programmes such as Single Aisle and A350 which continue to ramp up.

This is an ongoing piece of work we are doing in partnership with our Trade Unions and once the work is finalised, our first priority will be to communicate with our workforce.

In the meantime, whilst it is impossible to guarantee the role of all employees, it is important to point out that Broughton Plant has successfully managed similar circumstances in the past.”

Following the announcement the A380 programme was set to end, Unite national officer for aerospace Rhys McCarthy said:

“Our members in the supply chain making many of the parts for the A380 are also our key concern.”


Tweets by Deesidedotcom
Wednesday May 25th 16:29