Airbus moves to dismiss claims it has changed stance on Brexit 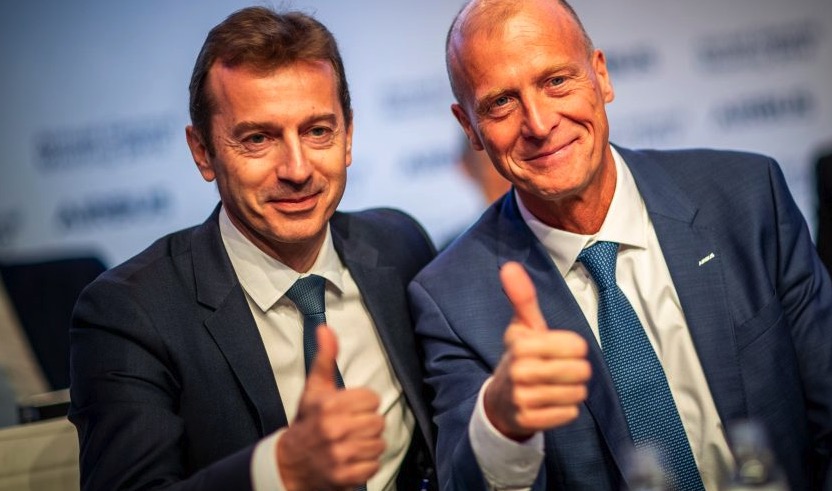 Airbus has rejected claims it has shifted position over the UK’s exit from the European Union after an “online article” suggested its stance on Brexit may have changed.

Former CEO Tom Enders (pictured right) had branded the UK Government’s handling of Brexit a “disgrace” and gave a stark warning it could move future wing-building out of Britain as a result of a ‘no-deal’ Brexit in a video message published by the company in January.

Faury is quoted as saying the UK is “a very important pillar” for Airbus, and “we want to stay in the UK”  and “UK is part of Airbus and Airbus is part of the UK… and we would like to preserve that.” The article says these amend “negative comments made by his [Guillaume Faury] predecessor [Tom Enders]”

The piece – written by EURACTIV.com journalist Jorge Valero – has been sent to Deeside.com several times with social media users questioning why the so-called UK ‘mainstream media‘ hasn’t published any articles referring to the purported comments by Mr Faury.

Prominent journalist and BBC presenter Andrew Neil tweeted: Been abroad awhile. Assume this widely covered back in Blighty: “Airbus wants to stay in UK” whatever outcome of Brexit — new CEO Guillaume Faury. UK is “a very important pillar” for Airbus. “UK is part of Airbus and Airbus is part of the UK … we would like to preserve that”

It has been retweeted over 2500 times by Twitter users including Welsh Secretary of State Alun Cairns –  many comments in response to Mr Neil’s tweet question the lack of coverage by UK media outlets.

Airbus issued a short statement via social media on Tuesday evening saying its position on Brexit remains the same: “We’re aware that an online article has suggested Airbus’ stance on Brexit may have changed. It hasn’t. We are still seeking clarity, while preparing for a no deal Brexit.” A tweet said.

We’re aware that an online article has suggested Airbus’ stance on Brexit may have changed. It hasn’t. We are still seeking clarity, while preparing for a no deal Brexit.

The UK was due to leave the EU on March 29 and extension has been agreed until October 31, MP’s are yet to agree on a withdrawal agreement.