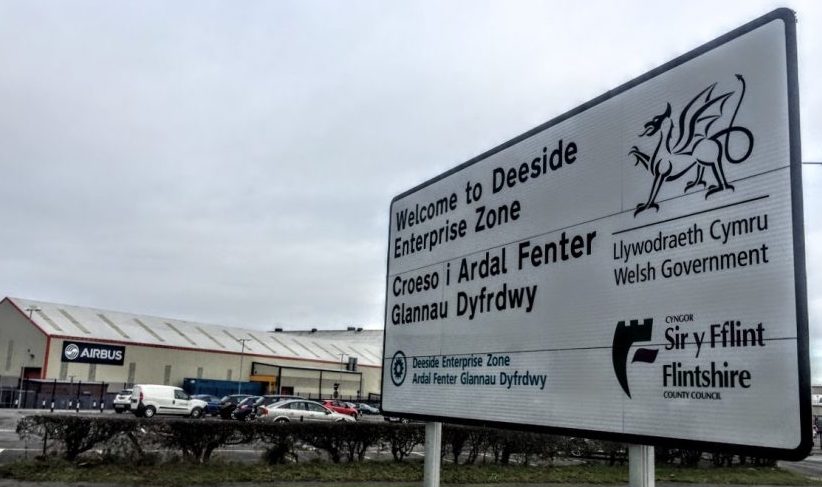 Workers at Airbus’ factories in Broughton and Filton in South West England have begun balloting for industrial action in a dispute over pay.

The dispute involves around 3,000 workers who are members of Unite union.

If the workers vote in favour of industrial action then strike action could begin in March.

Although Unite has begun balloting for industrial action, the union says it “remains hopeful that Airbus will return to the negotiating table and a mutually acceptable agreement can be reached.”

“The dispute is a result of the company making an unacceptably low pay offer to the workers for 2021, following a pay freeze in 2020. Despite extensive negotiations, Airbus has failed to increase its offer to a level that workers are able to support.” A spokesperson said.

Unite general secretary Sharon Graham said: “Workers at Airbus are committed to their jobs and their hard work and dedication is the reason for the company’s success. They fully deserve a fair pay increase.

“Unite is dedicated to prioritising the jobs, pay and conditions of its members and it will be giving its full support to our members at Airbus until this dispute is resolved.”

Unite national officer for aerospace Rhys McCarthy said: “At the height of the pandemic workers at Airbus accepted a pay freeze. As the sector returns to normality, coupled with high inflation and increased living costs, workers deserve a fair pay increase.

“Workers are balloting for industrial action as a last resort due to negotiations having stalled. Unite remains committed to resolving this dispute through negotiations and is fully prepared to hold further talks with Airbus to secure an agreement which is acceptable to both sides.”

Airbus said last week it is “disappointed that trade union members have decided to hold a ballot for industrial action following the rejection of the latest pay offer.”

“The company made the offer in the context of an ongoing pandemic, which is the worst crisis our industry has ever faced and the wider benefits structure which employees receive.”

“Airbus in the UK managed to successfully navigate the first waves of the pandemic without the need for any compulsory redundancies at a cost of more than £100m.”

“The members’ decision will have a detrimental impact on our ongoing recovery from the crisis.”

“The company is keen to avoid damaging industrial action so we can focus on building a resilient, competitive and collaborative place to work for years to come.”

“We are in discussions with the trade union to help achieve this.”

Last January members of Unite backed a deal to help save jobs at Airbus Broughton.

A plan has been negotiated between Unite and Airbus which saw a reduction in the working week of up to 10 per cent for a short period of time.

The deal removed the possibility of compulsory redundancies at the height of the pandemic as orders for new aircraft collapsed.


Tweets by Deesidedotcom
Wednesday May 25th 17:53