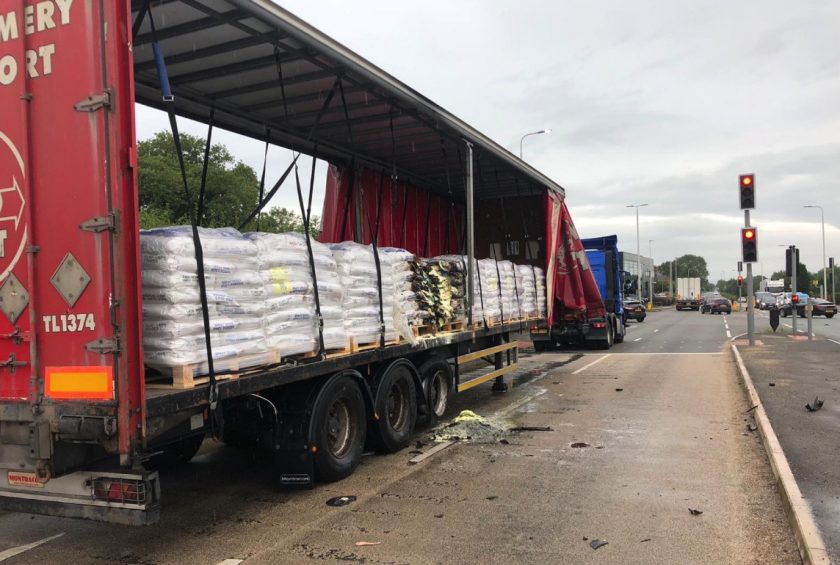 Earlier report: The A550 Welsh Road is currently blocked both ways due to the lorry fire.

The road is closed between A540 Parkgate Road (Two Mills Traffic Lights) and B5463 Ledsham Road.

“A550 Welsh Road both ways closed, queueing traffic due to lorry fire between A540 Parkgate Road (Two Mills Traffic Lights) and B5463 Ledsham Road. Ongoing since around 10:40, affecting traffic between the M53 J5 (Eastham) and the A494 at Shotwick Junction.”

They were called at around 10.20am “firefighters from Powey Lane and Ellesmere Port were dispatched to reports of a vehicle fire on Parkgate Road in Ledsham.”

“On arrival at the scene the crews found a fire involving the trailer of a heavy goods vehicle which was well alight.

Firefighters, wearing breathing apparatus, used two hose reel jets to extinguish the fire. They then used a thermal imaging camera to check for any hotspots.

The driver of the vehicle was checked over at the scene by paramedics as a precautionary measure.

Crews were in attendance for around 50 minutes.” A spokesperson said