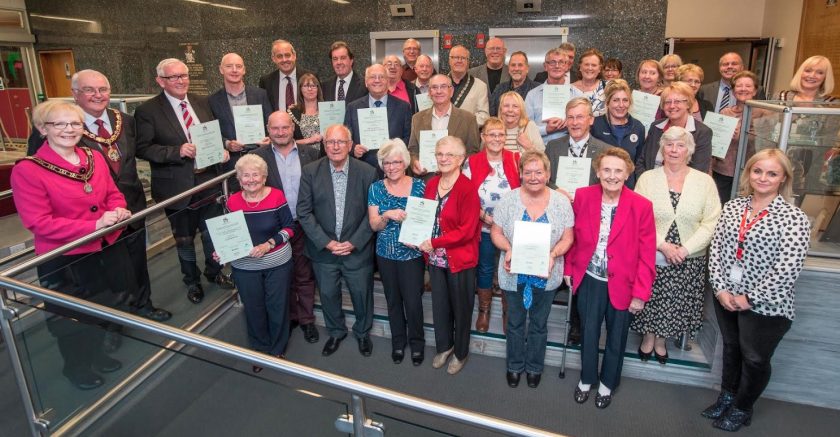 The winners of Flintshire’s 2018 Best Kept Communities have been revealed.

Winners of each category of the Best Kept Communities received prizes at an awards ceremony held at County Hall recently.

The best kept village with a population of under 1000 went to Llanfynydd with Llanasa in second place.

Caerwys was the winner of the best kept community with a population of over 1000 and under 5000, with Northop winning second prize.

Mold and Mynydd Isa were joint winners of the best kept town centre.

The Chair of the Council, Councillor Paul Cunningham, said:

“The number and standard of entries has been impressive as always. I am sure that the judges, Mr Les Starling and Mrs Nancy Matthews had a difficult job in choosing the winners.

The aim of the competition is to encourage local communities, villages and towns to work together as groups to improve their environment and to encourage local pride.  This is a very worthy and commendable aim and one which I wholeheartedly support.

I am sure I speak for many when I say that these efforts and commitment go a long way to help to make Flintshire a better place to live.

The competition is only possible because of the people who enter it and because of the sponsors, who this year are Airbus, Clwyd Alyn Housing Association, Tesco, Toyota Motor Manufacturing (UK) Ltd. and Warwick Chemicals and a special thanks to Mr Glyn Jones from Lindop Toyota for the use of the car.  We are very grateful for their continued support.”

The other prize winners were:

The prizes were awarded to local schools as follows: