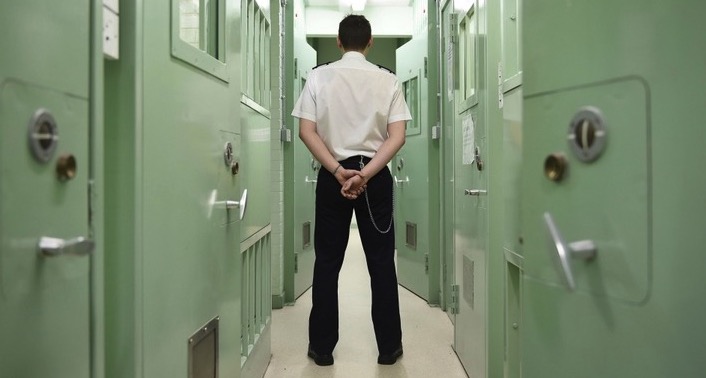 Shadow Minister for Communities and Local Government Mark Isherwood AM has called on the Welsh Government to establish why Wales has the highest rate of imprisonment in Western Europe.

The Wales Governance Centre analysis found that under the Westminster criminal justice system, the total number of prison sentences in England between 2010-17 dropped 16 per cent but went up 0.3 per cent in Wales, and that custodial sentences imposed by magistrates in Wales went up 12 per cent.

In the Assembly Chamber yesterday, North Wales Assembly Member Mr Isherwood questioned the Deputy Minister and Chief Whip, Jane Hutt AM, over what research the Welsh Government has carried out to establish why Wales has such an excessive imprisonment rate. He said:

“When the Wales Governance Centre reported that Wales has the highest rate of imprisonment in Western Europe, and that although the total number of prison sentences rose in Wales between 2010 and 2017, they fell by 16 per cent in England, they said that ‘wider research is needed to try to explain Wales’s high rate of imprisonment’.

“This is particularly relevant given that many of the services required to manage offenders, ex-offenders and promote rehabilitation are already devolved, raising questions about the comparative effectiveness of these devolved services.

The acting Prisons and Probation Ombudsman said last year that, unlike English prisons, Welsh prisons do not offer integrated drug treatment systems, and where we heard at lunch time, at the Cross Party Group on Policing, that the Welsh Government’s Advisory Panel on Substance Misuse has not met in the last year, or so we were told.

In her response, the Deputy Minister failed to answer question, Mark Isherwood said.

“Despite this disgraceful situation, the Deputy Minister could not even answer my basic question about research.

Two decades after Labour Welsh Government took over key devolved services in Wales, this whole tragic farce provides yet further evidence against those calling for criminal justice to be added to the list of matters controlled from Cardiff.  Why make a problem worse by adding to it?”