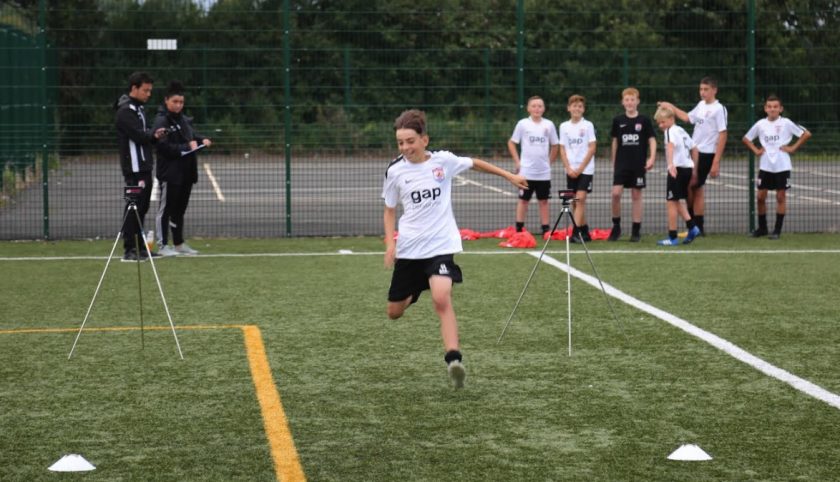 Staff and students from Wrexham Glyndŵr University are helping aspiring young footballers to sharpen their fitness.

A coaching team from the university put youngsters from Connah’s Quay Nomads Academy through their paces through various assessments at The Quay3G facility this week.

The club’s scholars, who combine their football with college studies, also took part in the drills, which assessed sprinting, agility and endurance.

More than 100 players across six age group took part in preparation for their first fixtures of the season next week.

The session is one of the practical opportunities offered on Glyndŵr’s BSc (Hons) Football Coaching and the Performance Specialist degree. 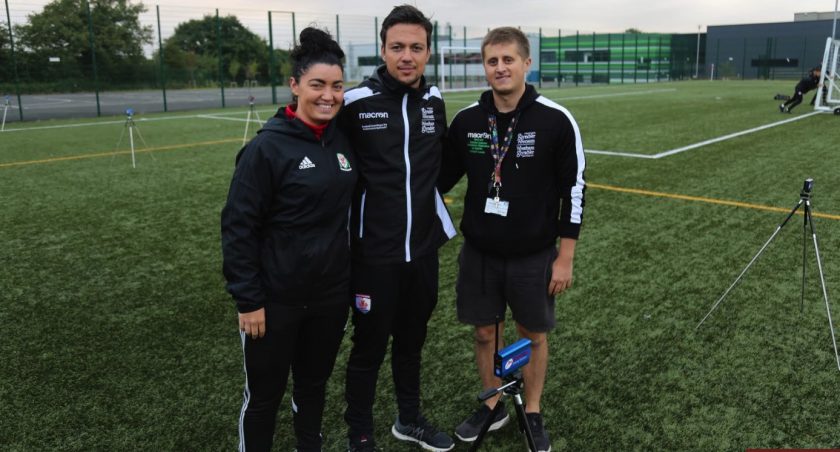 Course Leader Sara Hilton said: “It’s a great opportunity to provide some applied experience to our students in this environment, and an opportunity for them to network and speak to coaches and players – overall it’s a good CV-builder for them.

“It helps them apply the theory that we cover in the lectures, it helps them see it in the real world and that’s what important because they may want to progress into careers such as this and so it is important they get that hands on experience while they’re studying with us.”

This week’s event was the first that Glyndŵr has held with the Nomads, and another two are scheduled for the remainder of the season.

From next season the fitness tests will be held four times a year.

Leighton Sumner, Assistant Head of Youth Phase at Connah’s Quay Nomads, praised the sessions both for player development and for the friendly banter the youngsters enjoy during the evening.

“It’s a good way to monitor our players and see where they’re at fitness-wise,” he said.

“We never expect them to compete with each other; it’s more about individual targets and looking at yourself – and when we do our next test in six weeks’ time, can you challenge yourself and push on to be better than you were the previous time?

“I think it’s going to be a fantastic link for the club and for Glyndŵr, I’m sure they feel the same way about linking with us.”

For more information about the BSc (Hons) Football Coaching and the Performance Specialist degree, visit: https://www.glyndwr.ac.uk/en/Undergraduatecourses/Foundationyear/FootballCoachingandthePerformanceSpecialistfoundationyear/