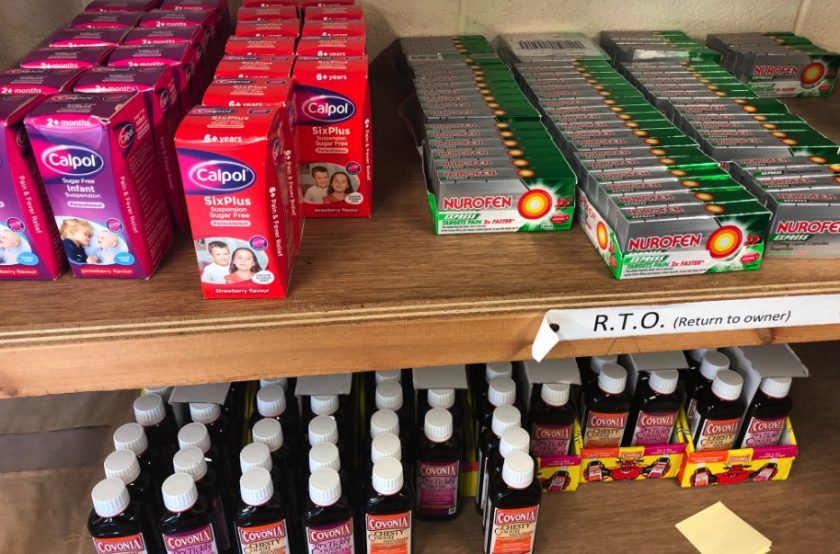 South Flintshire Police arrested two men on suspicion of theft on Thursday after finding what they described as a “mobile pharmacy” in the boot of the suspects car.

The arrests were after a vehicle was stopped in Mold, it followed a tip-off from police in Merseyside,

Around 80 packets of Nurofen painkillers, two dozen bottles of Calpol and a large number of Cavonia cough medicine bottles were amongst the haul recovered by police.

Two men are currently in custody after being found with a mobile pharmacy in their boot.

They weren’t complaining of any headaches or sore throats though…. ”