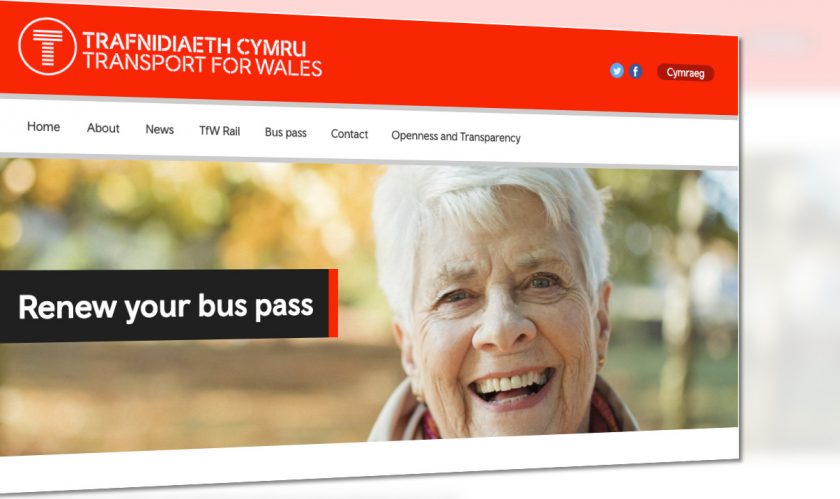 Transport for Wales (TfW) has said it has renewed over a half a million concessionary over 60s and disabled persons’ bus passes in the past few months.

TfW has been managing the reissue programme on behalf of Welsh Government and all Welsh local authorities to replace old-style green-coloured bus passes with new ones.

During the first days of the application process the website collapsed under the weight of traffic as those looking to renew passes rushed to get new ones.

The original expiry date for the old bus passes was 31 December 2019, however, last month TfW announced a period of grace and is urging those who’ve yet to apply to do so as soon as possible, before the February 29 deadline.

“This is an important milestone and one that demonstrates the scale of the work that has been undertaken so far. The grace period is ongoing and once again I would like to encourage anyone who hasn’t renewed to apply and ensure you can continue to benefit from the bus pass in the long-term.”

“It’s great that we’ve renewed over half a million bus passes and I’d like to thank everyone who has applied so far.  Our figures indicate that we are making good progress in our renewal programme, however, can those who have not yet applied, please do so before the January 31 deadline.

Applying online is simple and easy.  It takes around 10 minutes at www.tfw.wales/travelcards. Paper applications are available from local councils or by calling 0300 303 4240.