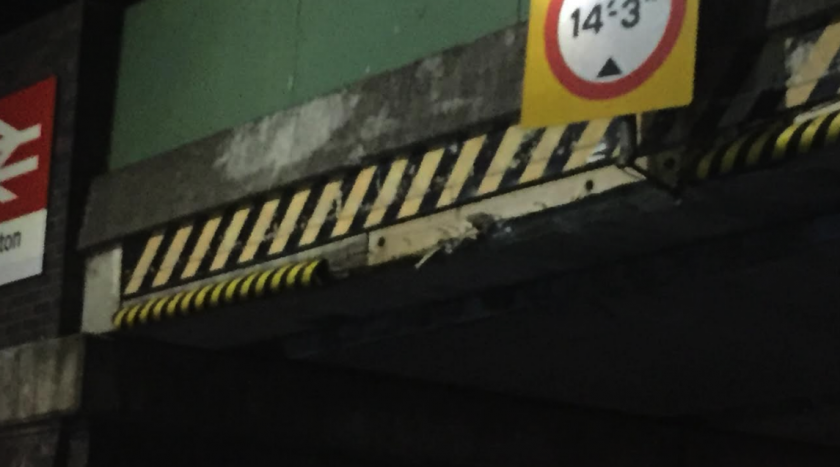 Update 2. All lines back open

Update 1. Trains running between Wrexham and Bidston have been halted after a lorry hit Shotton rail bridge this evening.

A utilities lorry travelling along the B5129 Chester Road West hit the bridge around 8.30pm.

All trains have been stopped while bridge engineers establish if there has been any damage to the structure.

The lorry was driven off around 9pm and the road is clear with traffic flowing freely.

Evidence of the bridge strike can be seen in the photograph above.

The electronic sign at Shotton station shows the 21.19 train is expected to run over an hour late.

The incident affects the Borderlands – Wrexham to Bidston route only. 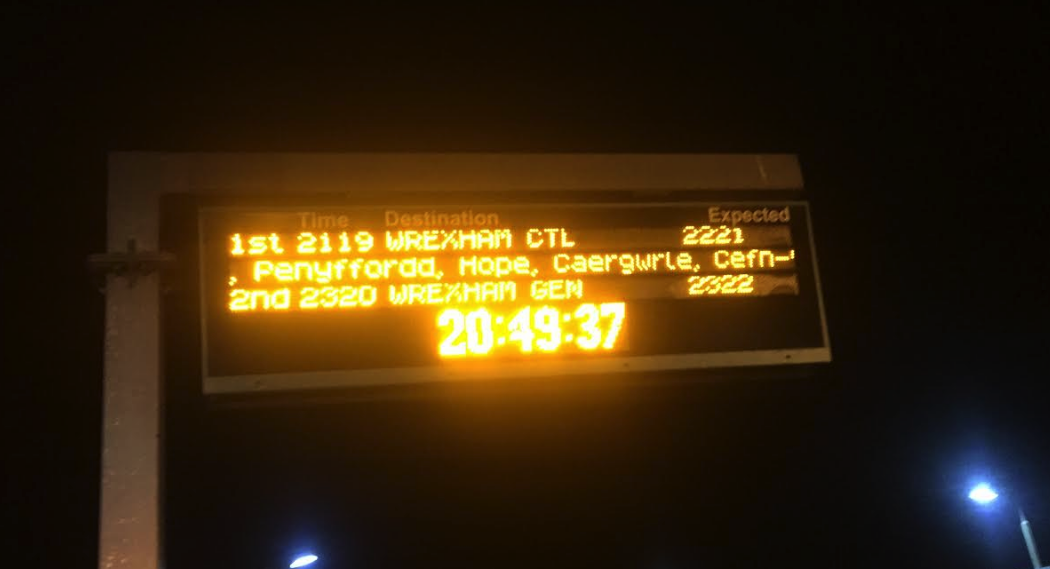 Additional Information via Transport for Wales
Road transport has been sourced. Pat’s Coaches (Wrexham) will operate replacement road transport as follows:
Bidston to Wrexham at approximately 21:15, calling at all stations between Bidston and Shotton High Level, then set-down-only as required to Wrexham Central
Penyffordd to Bidston, calling all stops.