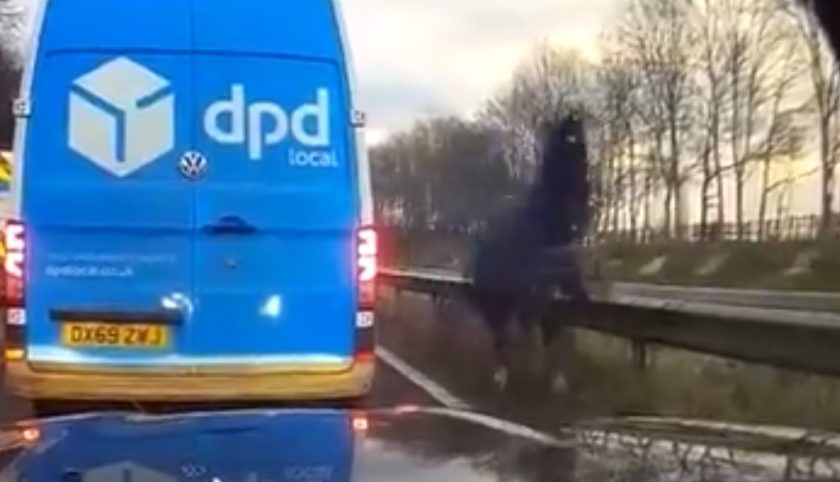 Traffic was brought to standstill on A55 this morning due to a horse which was loose on the carriageway.

The horse, sporting a blue coat was galloping at speed up the eastbound carriage towards oncoming traffic which had come to a standstill just past junction 36 at Broughton.

The horse made its way off the main carriageway at Penyffordd and was walked back to the farm it came from.

In his tweet Jack said, “Well, that was unexpected.” @welshornot replied: “Is that the Lloyds Bank Mobile Service?”

While @Rach_A_Rama said “I once saw some camels in a field on that road.”

Police say they were informed just before 7.50am, spokesperson said “it made its way on the A55  from Broughton area and came off at the Penyffordd slip road where it was  walked back to the farm.”

Well this was unexpected pic.twitter.com/UtjiJfN24a