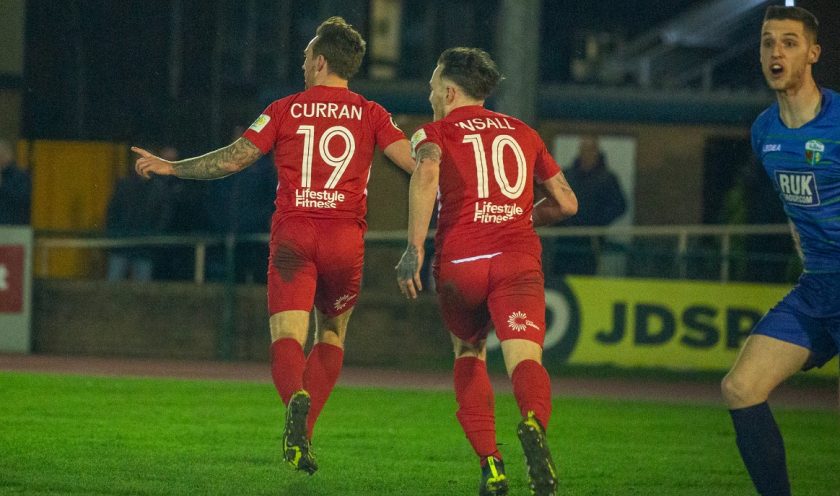 The New Saints (TNS) have been unsuccessful in their High Court case against the Football Association of Wales (FAW).

The club took legal action after Connah’s Quay Nomads were named Cymru Premier champions in May in a curtailed season.

The Oswestry-based side had challenged the league’s governing body’s decision to curtail the JD Cymru Premier season due to the Covid-19 outbreak, however the judge, Mr Justice Marcus Smith has this morning dismissed the case.

As a result, Connah’s Quay Nomads will retain their first ever JD Cymru Premier title, and will also enter the UEFA Champions’ League Qualifying Round One on 18/19 August as originally scheduled.

“We can now look forward to hopefully resuming training this week as we plan ahead for an exciting time in the club’s history. We would like to place on record our thanks to the FAW and the Association’s Board of Directors for their dilligence and professionalism throughout the case.” The club said in a statement.

First Team Manager, Andy Morrison said; “Hopefully we, like Bala Town and Barry Town, can now get on with our European preparation – we have prided ourselves on our performances in Europe and our preparation has always been meticulous.

Through no fault of our own, we are 2-3 weeks behind where we should be and only time will tell how that will effect us.”

Following the verdict,  TNS owner Mike Harris told BBC Sport Wales he was “naturally disappointed the judge has failed to give sporting merit its chance. But we hope football never gets blighted by a virus again in the future,”

“I would have absolutely thought Connah’s Quay would have done the same thing if we had been awarded the title under a numerical system.’ Said Harris.

In a statement, Football Association of Wales said it “welcomes the positive decision of the High Court of Justice communicated today (13 July) concerning the case brought against the Association by The New Saints FC Limited, in regard to the curtailment of the 2019/20 Cymru Premier season due to the COVID-19 pandemic.

The FAW is pleased with today’s judgement and its recognition that the Association’s Board of Directors acted appropriately in these unprecedented times to look after the best interests of football in Wales.

There were no easy solutions for the Board in these exceptional circumstances and their decisions were made in good faith and not based on the interests of any particular club, but the wider interests of the football community.”