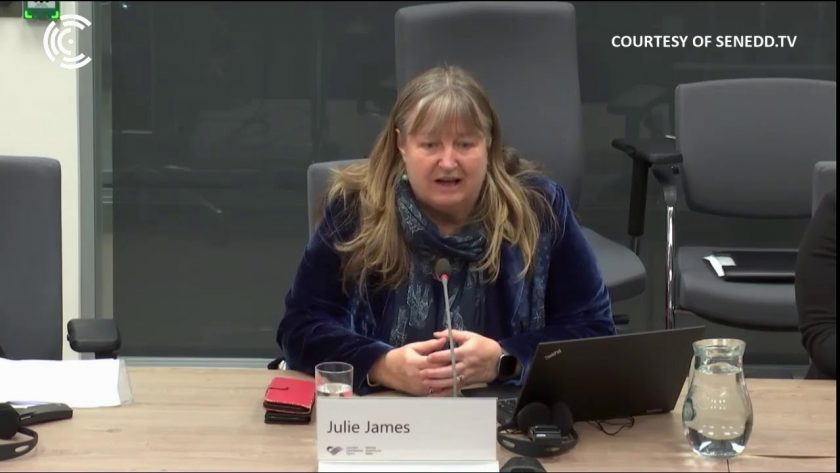 Local Government & Housing Minister, Julie James (Lab, Swansea West), said significant progress had been made in developing proposals to reform local government after council mergers were rejected a few years ago – despite the recommendations of the Williams Commission.

A new Local Government Bill – set to be introduced in October 2019 – will set out a “consistent, simplified and straightforward” method for regional working. In effect, joint committees would be established as entities in their own right.

“Local authorities will be able to request the establishment of such a (regional) body where they wish to work together on the basis of shared interests and mutual benefit. This can be in relation to any service local authorities believe can be delivered more efficiently and effectively this way. I also propose that Welsh Ministers will be able to require local authority functions to be delivered regionally for certain service areas.”
– Local Government & Housing Minister, Julie James

Particular areas picked out by the Minister for mandatory regional working include transport, strategic planning and economic development. The benefits could include better use of land and pooling of human resources and budgets.

Shadow Communities Minister, Mark Isherwood AM (Con, North Wales), praised the co-operative spirit shown by the government and the working group. He’s been told by people in local government that while they don’t have any reason to be concerned about regional working, there was a sense of frustration at constant tinkering by the Welsh Government.

Dr Dai Lloyd AM (Plaid, South Wales West) said that since the last major reorganisation of local government in 1996, the question of “who should do what and at what level of government” has persistently remained. He stressed the importance of democratic control – particularly if some aspects of planning were done regionally – though he saw potential in joint working allowing local authorities to set up not-for-profits service providers (i.e. for bus services).

Recognising the contribution of local government

Mike Hedges AM (Lab, Swansea East) said this was an opportunity to properly appreciate the work of local government during uncertain times, but he called for regional working to be fixed and not involve different councils for different purposes.

Caroline Jones AM (BXP, South Wales West) suggested that this was a rehash of the old/pre-1996 county council system and also wanted a clear timescale for when the regional bodies would be introduced.

The Minister rejected any comparison with the old county councils as there are no plans to reduce the number of local authorities.

She repeated that she hopes a Bill will be introduced in October and the first debates will be informed by a new report from the working group on how regional bodies would function.