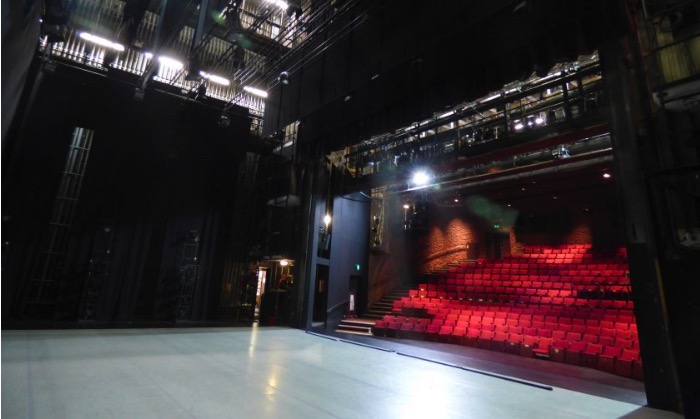 Theatr Clwyd have launched an appeal aiming to fundraise for freelancers in the creative industries impacted by the pandemic.

The ‘Helping Hand Appeal’ will provide 50 ‘micro-bursaries’ for freelancers across Wales, with the fundraising so far covering 30 of these bursaries.

Freelancers will be payed £560, equivalent to one week of Theatr Clwyd’s acting company wage, as well as having free space in the theatre’s building and one-to-ones with the team of theatre professionals.

Tamara Harvey, Artistic Director of Theatr Clwyd, said: “When we launched our micro-bursaries initiative in August we were inundated with applications and heartbroken at the huge number of talented people considering leaving the profession because they didn’t have hope for the future.

“By launching this campaign, we hope to be able to support many more freelancers throughout this period as we know how vital and invaluable they are to not only us at Theatr Clwyd, but to the industry as a whole.”

A recipient of a micro-bursary in September said: “It arrived just in time for our family – the money will help take the pressure off, give us a moment to breathe, re-think, and re-adjust and, hopefully, take those first steps towards making theatre again.”

Theatr Clwyd recently requested the Welsh Government allow it to reopen for indoor performances, warning of losing audiences to theatres in England.

They also highlighted how their cinema is able to open with social distancing, which is described as an “anomaly left over from quick and decisive decision-making in response to the crisis”.

In allowing them to reopen they can better support these freelancers during the coming months.

For further information, and to donate, visit www.theatrclwyd.com/give/helpinghand