Storm Jorge: Another wet and windy weekend ahead – Met Office has issued a yellow weather alert 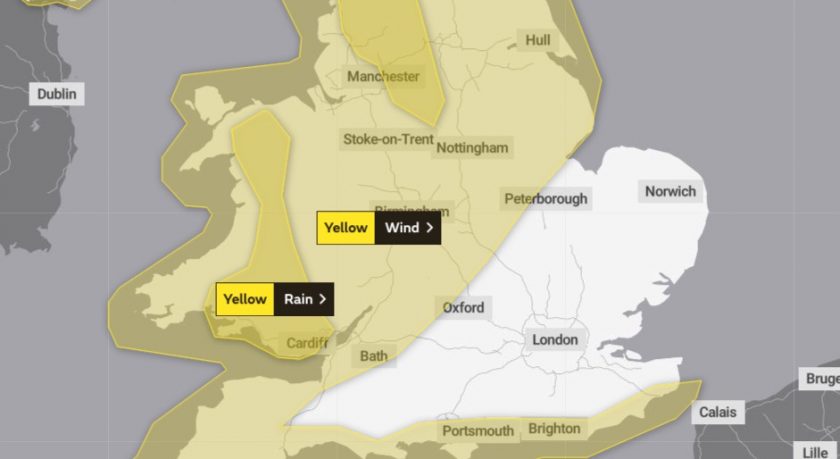 The Met Office has issued a yellow warning of windy weather which is set to hit Flintshire at the weekend.

The alert comes into play from midday on Saturday through to midday on Sunday.

Storm Jorge will bring heavy rain and strong winds to parts of the UK from Friday (tomorrow).

Named by the Spanish meteorological service Agencia Estatal de Meteorología (AEMET) on Thursday, Storm Jorge will track across the north-west of the UK over the weekend bringing another spell of strong winds and heavy rain.

Chief Meteorologist at the Met Office, Paul Gundersen, said: “This weekend we’ll see another named Storm bring strong winds to parts of the UK with several wind and rain warnings in place.

“On Friday a band of rain associated with Storm Jorge will move across the UK – we have issued rain warnings for parts of Wales and northern England, where rain will be heaviest and we could see 60-80mm possible over the highest ground.

South-westerly winds will strengthen through Saturday morning and it’ll turn widely windy except for northern Scotland, with wind warnings in place for Northern Ireland, Wales, southern Scotland and much of England.

Where warnings are in place gusts of 50-60mph are likely quite widely with 65-70mph possible in coastal areas, however the strongest and most damaging winds are expected across the Republic of Ireland.” 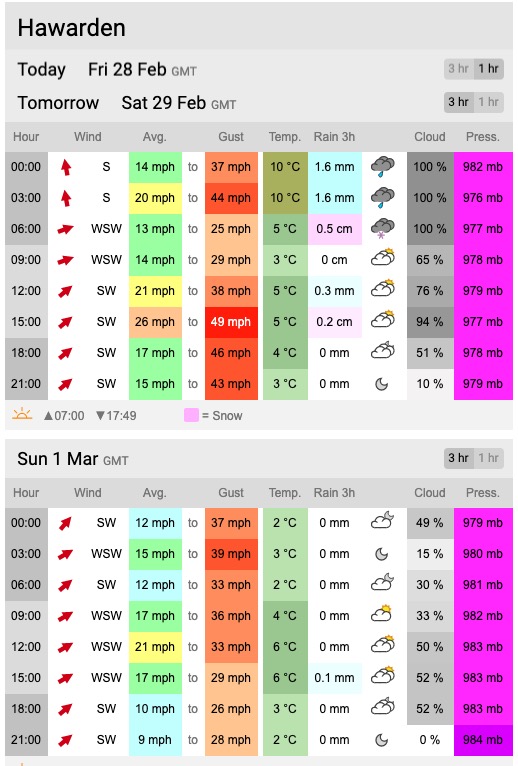 [Locally, wind speeds start to peak at around 3pm on Saturday, forecasts are pointing to near 50mph gusts.]

Windy weather has also been a feature of the past few weekends staring with Storm Ciara in early February, that was followed by Storm Dennis the weekend after.

Flintshire saw the strongest winds of the month last weekend despite there being no weather warnings in place.

Gusts reached over 55mph, a wind speed which usually triggers the closure of Flintshire Bridge, it remained open during last weekends high winds.

Morning – Windy old night – Interestingly, no weather warning in place locally unlike the previous half dozen or so during Storm Ciara and Dennis – Last night saw the strongest gusts of wind over past three weeks – Flintshire Bridge looked to have remained open throughout 🤔 pic.twitter.com/InjxXq4XwI

The Met Office explains why this storm not called Ellen?

It is convention for all other national meteorological services to then use that name when referring to the low pressure.

As such the system will not be named Ellen but will align with our European partners and be referred to as ‘Jorge’.

The fact that the system may have a different name than some expected should not influence their response.

The weather over the weekend could have impacts due to the strong winds and those in the warning areas should take the advice of local emergency services seriously.”