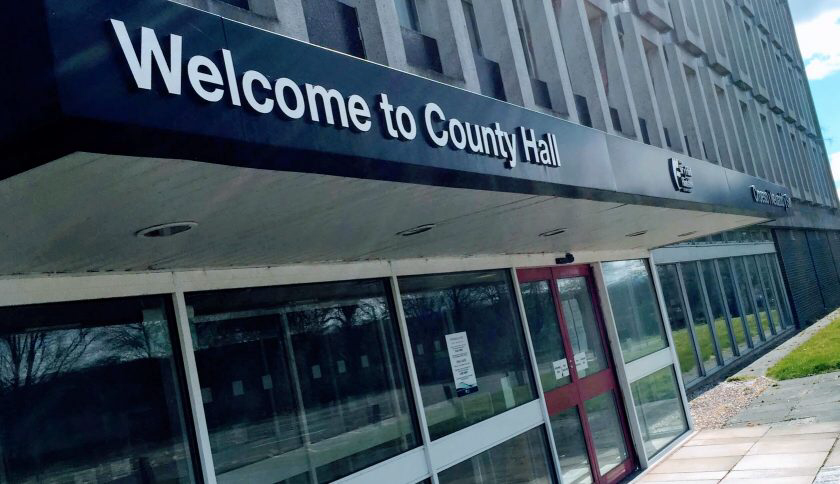 Staff and politicians involved in discussing a complaint made by Flintshire Council’s highest paid official have been made to sign gagging orders, it’s been revealed.

A committee was created earlier this year to look into a grievance raised by the local authority’s chief executive Colin Everett against a group of unnamed councillors.

It followed the leaking of a covert recording of a conversation between the council’s former leader and deputy leader, which sparked a police investigation into the manner of Mr Everett’s appointment the top role in 2007.

North Wales Police decided to take no further action after interviewing those concerned, but in April Mr Everett said the discussion between Cllrs Aaron Shotton and Bernie Attridge contained false information which undermined his reputation.

He also called for councillors to report the author of an anonymous letter containing defamatory allegations against officers, and the committee was established to look into his complaints soon after.

The minutes of the panel’s first meeting, which was held in private, have now been published and show those supporting the process have been required to sign confidentiality agreements or face potential disciplinary action.

Meanwhile, meetings are being held away from the authority’s main base at County Hall in Mold in a bid to prevent non-committee members from walking in.

When asked why the measures were considered necessary, Gareth Owens, the council’s legal officer, said: “We ask for confidentiality agreements to be signed when handling very sensitive issues so whilst not routine it is not unheard of.

“The first meeting of the committee was in County Hall.

“The meeting rooms are used by a wide range of people some of whom are less familiar with the layout than others.

“The meeting was interrupted by someone who should have been in the room next door and so the committee resolved to meet in a more private location.”

Speaking after the panel’s latest meeting held at nearby Theatr Clwyd, he added all members had signed up to the confidentiality agreements.

It comes after Mr Everett wrote to all 70 councillors in Flintshire following the conclusion of the police investigation to ask for assistance in revealing the author of a letter sent to politicians and the media.

The claims about his appointment were among several unsubstantiated rumours about officers and councillors detailed within it, but with no name attached.

Addressing the allegations directly, he said: “The police received a tape recording of an old conversation among councillors, held on council premises, about my appointment.

“The conversation, now in wider circulation, includes false information and it undermines my reputation and standing.

“The police investigated the issue thoroughly and are not taking any further action.

“Not only do I expect to have your trust and confidence, I do need to make it clear that any perpetuation of these false statements by a councillor could lead to legal action against both the individual and the employer itself.”

He said several councillors had access to the tape recording, which was also leaked to the press by an unknown source.

The next meeting of the grievance committee will be held in the council-owned theatre on Friday, October 18.