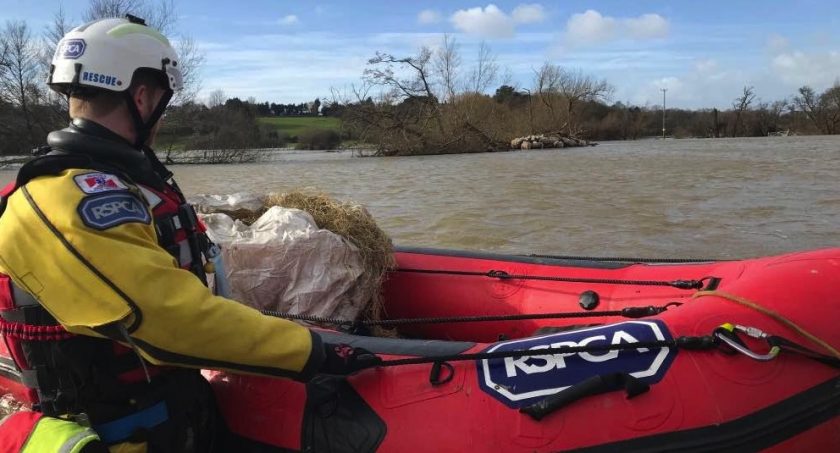 The RSPCA’s specialist emergency teams have been deployed to a number of incidents across Wales due to the flooding devastation caused by Storm Dennis.

A water rescue team was called to St Asaph in Denbighshire, on Monday morning to reports of a flock of sheep struggling in a flooded field.

The sheep were huddled together on a small patch of raised land and upturned tree roots so a team launched a boat to check on them.

Officers checked the condition of the ewes – all heavily in lamb – and made the decision not to attempt a rescue. 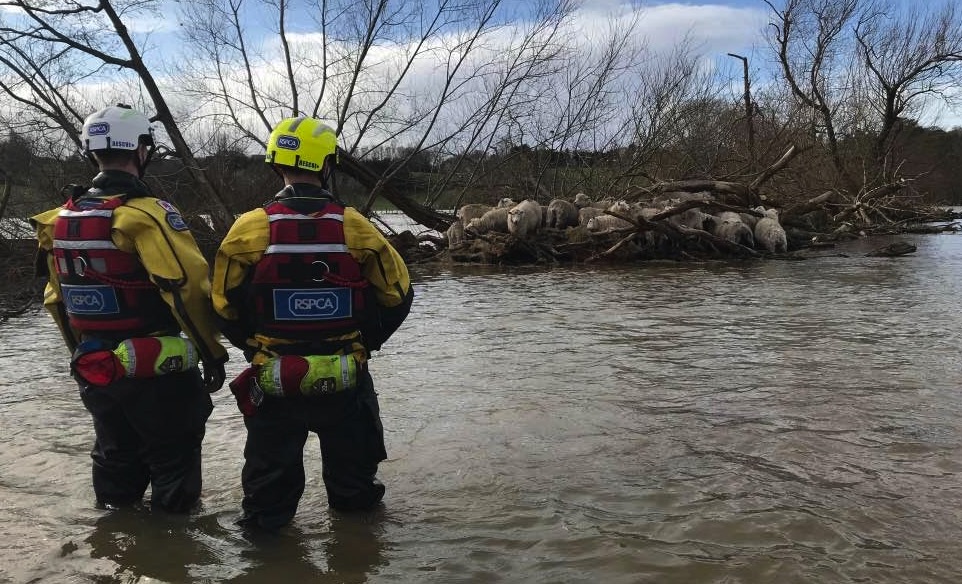 Inspector Anthony Joynes said: “We took hay out to the 20 sheep and fed them in situ.

As the sheep were all heavily in lamb and it would have been such a treacherous move to get them out of the flooding we decided to leave them where they were.

“As the flood water has begun receding and the farmer was on hand to monitor them, we felt they would be safer left in situ.

Had we have started trying to rescue them they would have spooked and likely fled into the water where they may well have drowned. We’ll return tomorrow to check on the sheep again.”

A water rescue team was also called to reports of 25 sheep dead and drowning in a field in Llandeilo, Carmarthenshire.

Sadly, only one sheep was rescued alive by the RSPCA.

RSPCA officers also attended another incident in Llandeilo where horses were stranded.

After speaking to the owner, the horses were left in situ, as they were deemed to be at a safe place away from the water, while the water rescue team were deployed to other emergency situations.

The RSPCA has lots of advice for all animal owners to ensure their pets and livestock stay safe in harsh weather conditions, such as flooding, on its website.

The charity urge farmers and pet owners to prepare in case of flooding so you can get your animals to safety more easily.

An RSPCA spokesperson said: “Never put your own life in danger to attempt an animal rescue – you can stay informed by calling floodline on 0845 988 1188.

Remember – if you see an animal outside in the cold that looks like it is suffering, take a note of the location, the time and date and call the RSPCA on 0300 1234 999”