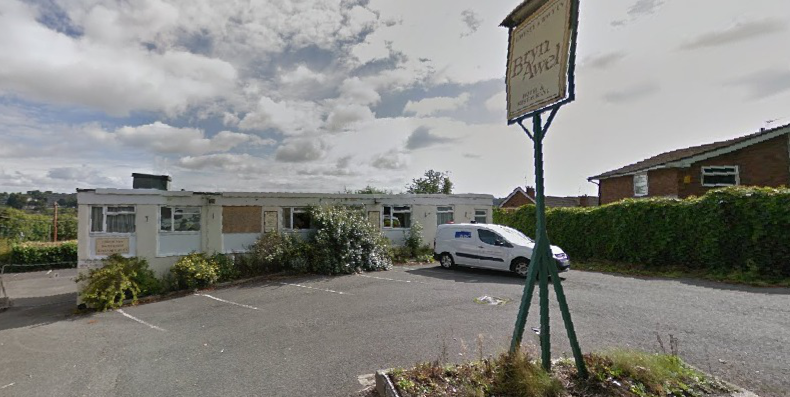 A run-down hotel in Mold could be demolished to make way for new apartments.

Detailed plans have been submitted to Flintshire Council, which would result in the Bryn Awel Hotel off Denbigh Road being knocked down.

Wales and West Housing Association wants to replace the building with 23 affordable apartments across two blocks.

The 18-bedroom hotel closed suddenly in 2011 after being a key part of the town’s tourism trade for more than 50 years.

It resulted in the loss of 12 jobs after the company which owned it went into liquidation.

In a planning statement, the housing association said the property is now in a dilapidated state.

They said: “The site has been vacant for a number of years and is a prominent site close to the town centre.

“The site is opposite the Bailey Hill Conservation area and therefore the redevelopment of the site is an excellent regeneration opportunity.

“The former hotel is in a state of disrepair and will be demolished to allow development of the site.

Outline planning permission was granted for six houses to be built on the site in 2015.

While the scheme by The Eureka Project Limited did not move forward, the association said it mean the principle of developing the land for residential use had been established.

A previous attempt to build 21 apartments by a company called Richmond Investment Properties also fell through when the firm failed to enter a legal agreement with the local authority.

Flintshire Council is aiming to make a decision on the latest proposals by early March.