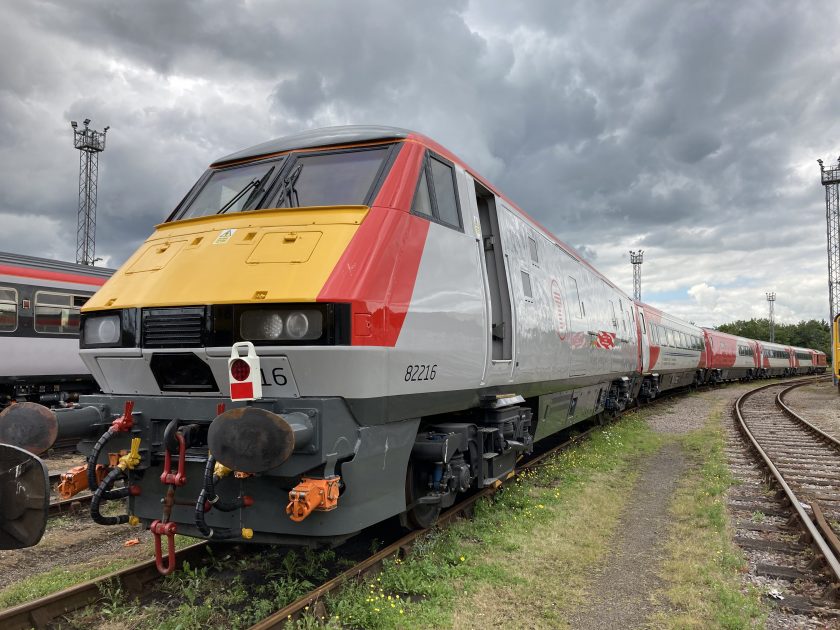 A Transport for Wales train will be adorned with a Royal National Lifeboat Institution (RNLI) ‘wrap-around’ after they topped a poll to decide which charity should be featured.

The Twitter poll saw 3,625 people vote between RNLI, Mind Cymru and Wales Air Ambulance, with the former receiving almost half (47.9%) of the votes.

We’ve given you all the information to make an informed decision; vote for your chosen charity below:

The RNLI wrap-around will now feature on the end carriage of one of the three sets of modern Mark 4 carriages, pictured above, which are introduced on Cardiff-Holyhead services later this year.

There will also be carriages featuring the wrap-arounds of Transport for Wales’ charity partners Alzheimer’s Cymru and Ty Gobaith Children’s Hospice, who were selected by TfW staff.

James Price, Transport for Wales CEO, said: “Congratulations from everyone at Transport for Wales to the RNLI for their victory in this poll. I’m excited to see the RNLI-liveried train on our busy North-South route later this year, particularly along the North Wales coast which the RNLI does so much work to serve.

“I’d like to thank everyone who voted and shared the poll on social media, and the RNLI, Mind Cymru and the Wales Air Ambulance for their enthusiastic participation in this event and their help in making it a success. We hope to continue to work closely again with all three organisations in the future.”

Nick Evans, the RNLI’s Fundraising and Partnerships Lead, added: “We at the RNLI are absolutely delighted to have won the public vote to have one of TfW’s new Mark 4 carriages wrapped in our branding.

“We’re hoping to use the opportunity to deliver key beach safety messages to the public as they visit the coast this summer to ensure the Welsh coast is a safe place for all.”