Residents in Flintshire could pay an extra £420,000 to fire service 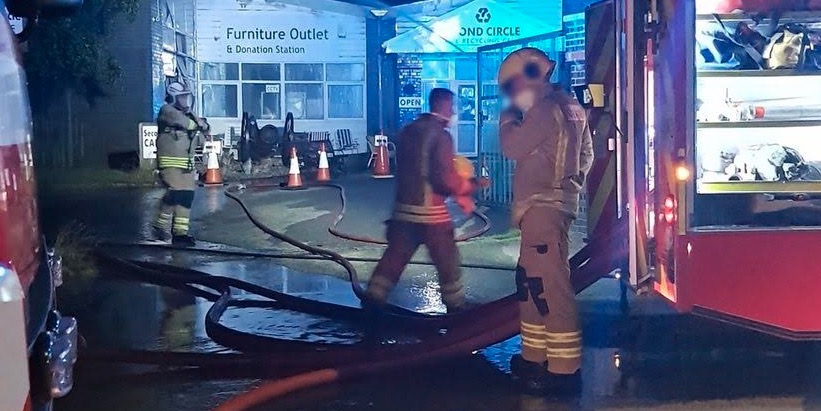 Residents in Flintshire could face a council tax increase as the county’s contribution towards fire services looks set to go up by more than £400,000.

If budget proposals by North Wales Fire and Rescue Service go ahead as planned, it would see Flintshire Council pay an extra £420,000 in 2019/20, taking its overall contribution to just over £7.8 million.

Flintshire currently gives the largest amount to the service out of the six local authorities in the region as it has the highest population, and its chief executive said the rise would most likely have to be funded by taxpayers.

Council tax bills in the county have already gone up by 6.7 per cent this year in a bid to ensure schools receive enough funding.

The change comes as the fire authority says it is looking to prevent job losses and station closures, while the real cost of protecting the public continues to increase.

Neighbouring Wrexham faces the second highest rise in contributions and would hand over an additional sum of £377,000, and all six counties giving an extra £1.9 million in total.

“We’ve really reached the stage where we can no longer use reserves to actually fund our ongoing running costs.
The increase in contributions is £1.9 million and that’s the current planning assessment.

We’re doing everything that we can within that to look at opportunities for making efficiency savings, but in the absence of those it is £1.9 million and the impact certainly for Flintshire is in the order of £420,000.

We do recognise that your capacity and your own financial resilience makes it very difficult for you to meet that from your own internal reserves.

We’ve met with chief executives and we’ve met with directors of finance and it is well accepted that it’s likely to be the council taxpayers of North Wales that meet the increase that we need.”

The impact on a Band D house in north Wales would an extra £6.53 in council tax with the fire service costing members of the public just under 14 pence per person per day.

It currently has 44 fire stations across the region, the majority of which only have one engine and one crew.

The service says it has tried to keep funding increases to local authorities to a minimum in the last three years, but this has led to it eating into its financial reserves.

Flintshire Council chief executive Colin Everett said the complexity of the decision would in deciding how to fund the additional amount. He said:

“The debate we will have is whether we fund that in whole or in part by additional council tax over and above our own requirement.

The debate for the public will need to be if we place huge value in the service and most people do.

The public need to understand that there might be a small addition to their council tax to pay for the service.”