UPDATE: A55 all lanes open and road is clear following earlier collision between car and HGV near Caerwys 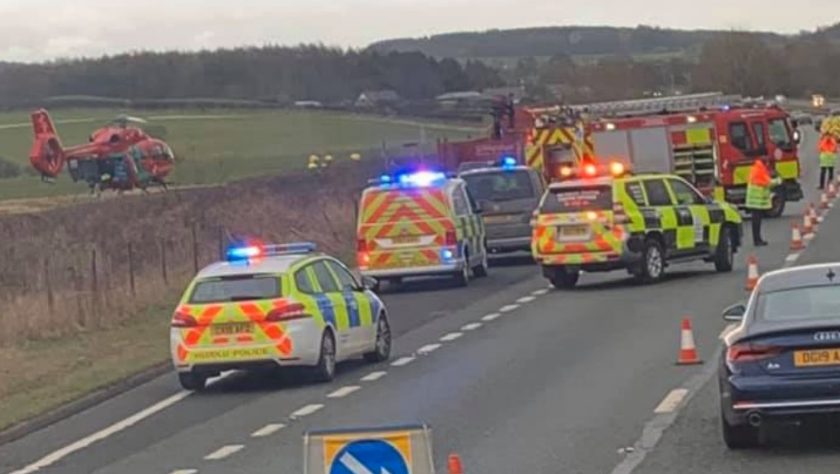 Update 1pm – All lanes back open and road is clear.

Emergency services including an Air Ambulance have been called to the scene of a collision between a car, possibly a 4×4 and lorry on the A55 near Caerwys.

It’s understood the collision took place in a lay-by next to the eastbound carriageway.

Update 12pm – Traffic Wales has said one lane remains closed following the collision between a car and HGV.

Police including a collision investigation unit, paramedics and the fire service remain at the scene.

There are delays in the area but traffic currently coping well.

Update 11:20 – One lane closed and queueing traffic due to an RTC, a lorry and a car involved on A55 North Wales Expressway Eastbound between J30 (Travellers Inn) and J31 A5151 (Caerwys).

Traffic was briefly held at J29 to allow an air ambulance to land however it landed in nearby field, Lane one (of two) is now closed. 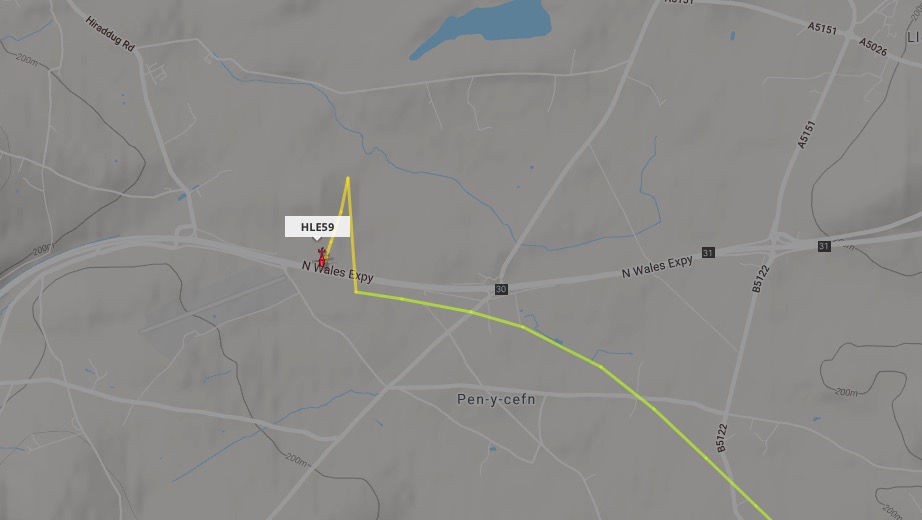 Update 11:10 – Traffic Wales has given an update it states “RTC involving a car and a HGV #A55 prior to J31 Caerwys Eastbound. Rolling roadblock to be in place from J29 Rhuallt Eastbound to allow Air Ambulance to land”

Update 10:50 –  The collision is in lay by, “however there may be a lane closure if the vehicles need recovering.” All lanes have been re-opened. 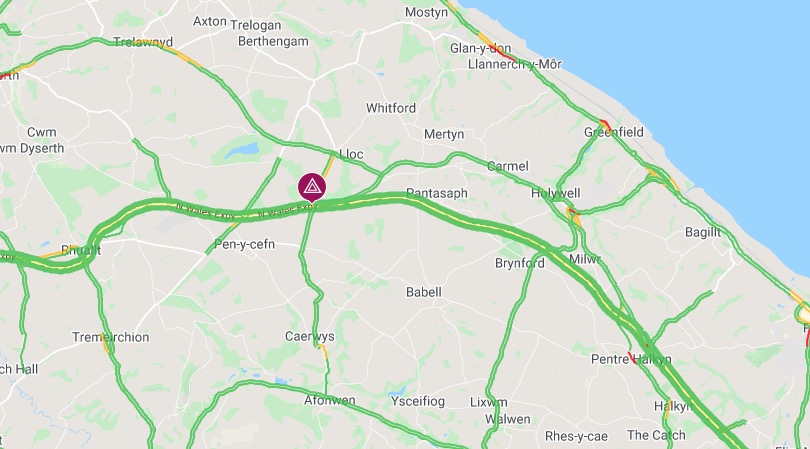 Previous report: Traffic Wales is reporting that a collision has taken place on A55 eastbound prior to junction 31 at Caerwys.

The incident involves a car and lorry.

RTC involving a car and a HGV #A55 prior to J31 Caerwys Eastbound.@NWPolice and Traffic Officers en route.

Latest traffic report for the ares states: “Partially blocked due to accident, a car and a lorry involved on A55 North Wales Expressway Eastbound before J31 A5151 (Caerwys). Traffic is coping well”