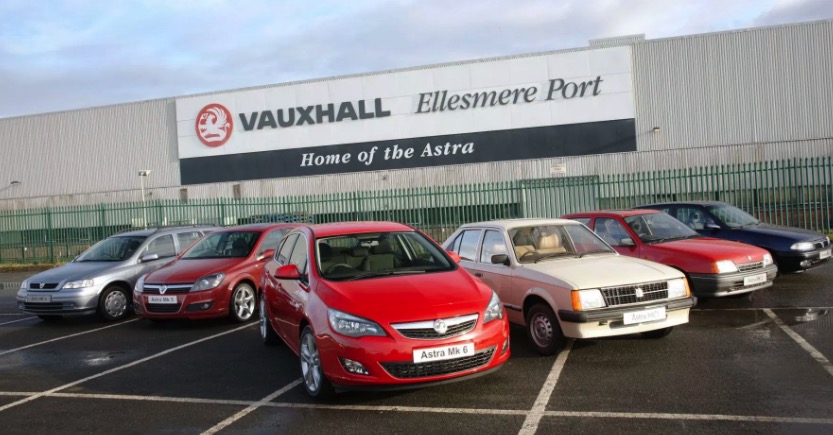 The future of Vauxhall’s Ellesmere Port car plant is due to be decided this week, according to The Daily Telegraph.

It goes on to to say: “The meeting is expected by Vauxhall insiders and Whitehall officials to decide if Ellesmere Port will get investment to build new models.”

Intensive talks have been taking place between Stellantis and the UK Government.

Kwasi Kwarteng, the Business Secretary, has met with executives from the car company twice in recent weeks to lobby for the plant, with the first conversation coming just days after his appointment. The Telegraph states

“A source said Mr Kwarteng may hold further crunch talks with car company bosses in the next few days in an attempt to support Stellantis to invest.”

An “industry insider” is quoted saying:  “If Ellesmere Port does win new backing, it could build a new version of the Astra for the UK and export markets.

Alternatively the plant could work on more Stellantis models, but only for the domestic market.

Producing new electric models is also a possibility that could safeguard Ellesmere Port beyond the 2030 ban on combustion engines.”

Vauxhall declined to give a comment on the plants future to The Telegraph, A spokesman said: “We are committed to ensuring the UK continues to be one of the best locations in the world for automotive manufacturing, and we’re doing all we can to protect and create jobs, while securing a competitive future for the sector.”