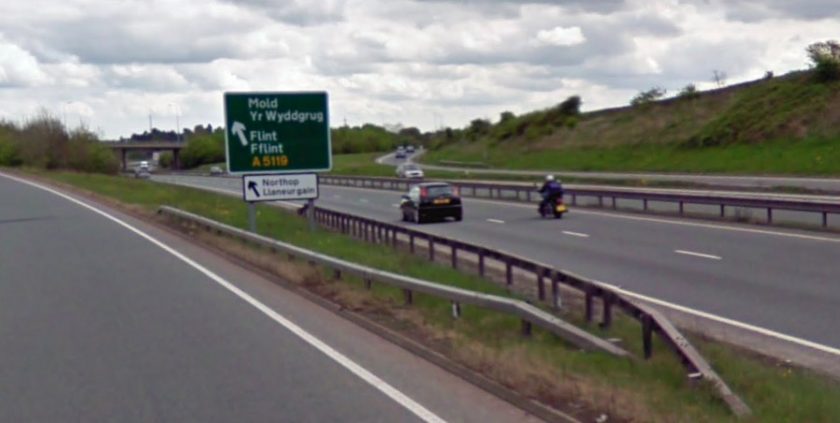 North Wales Police have said a man in his thirties has died after a car crashed off the A55 in Flintshire on Sunday evening.

It’s understood the incident involved a single vehicle which has left the carriageway just after 7pm.

Emergency services say they were called at 7.10pm to the collision on the westbound carriageway of the A55 near junction 33 – the turn off for Flint and Mold.

The road was closed for nearly six hours following the crash, traffic was diverted off at junction 33a – the Connah’s Quay turn off.

Police have appealed to drivers who may have been near junction 33 to submit any dashcam footage they may have.

In an update on social media North Wales Police said:

“North Wales Police sadly confirm that a male in his thirties passed away in a road traffic collision last evening the 1st of December.

His family have been informed.

Sgt Raymond Williams who is leading the investigation is appealing for any witnesses/dashcam footage of any motorists travelling on the A55 in a westbound direction around the Mold/Flint onslip at around 7pm where the vehicle left the road.”

The road reopened around 1am.

If you can help North Wales Police contact direct via the web live chat http://www.north-wales.police.uk/contact/chat-support.aspx or by phoning 101 quoting reference X173638