A former hospital which has been targeted by thieves and arsonists could be restored to its former glory as renewed housing plans look set for approval.

Permission to create a total of 89 properties at the old Lluesty Hospital in Holywell was originally granted in 2016.

However, the approval given by Flintshire Council has since lapsed and the site has entered new ownership.

McCrory Brickwork Ltd. resubmitted proposals which would see some of the original buildings, including the workhouse, refurbished to create 42 apartments in April.

The scheme also includes plans for 20 houses and a new-build block of 27 apartments and has now been backed to go ahead.

It comes after the local authority’s chief planning officer said the 19th century property had fallen into a state of disrepair. 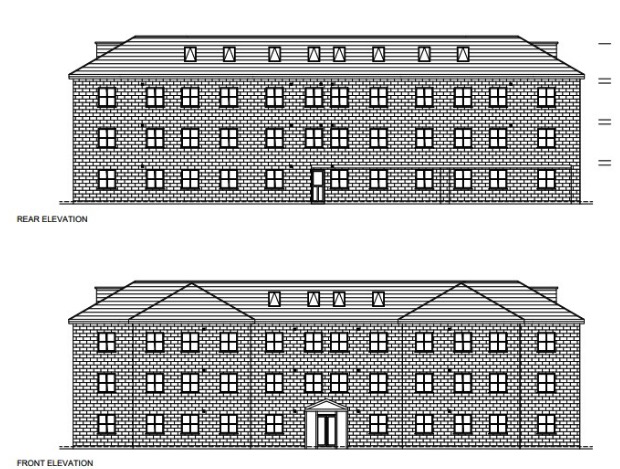 In a report, Andrew Farrow said: “It is considered that the proposed development provides a scheme of conversion and new build which will provide a long-term viable reuse of the listed buildings without significantly comprising the historic character.

“The site has been vacant since the hospital closed and has fallen into disrepair prior to the change in ownership.

“The listed buildings have suffered by the hands of vandals, theft, and damage from the elements due to its exposed location, impinging upon the building’s structural integrity and overall setting and appearance.

“The development proposed would bring the site back to economic use and benefit the wider area and economy.”

The original buildings are estimated to have been built between 1838 and 1840, when the workhouse was first created.

It was later turned into a hospital in 1948 before closing its doors in 2008 and has remained empty ever since.

The proposed development would see the former hospital and the adjacent chapel, which are both Grade II listed, refurbished with new houses and apartments built nearby.

Earlier this year, the council’s planning committee approved proposals to turn the infirmary wing of the hospital and surrounding land into 30 properties

While no objections have been raised against the latest plans, local councillor Paul Johnson has suggested improvements should be made to the junction of Halkyn Road and Old Chester Road to mitigate the impact of both developments.

He said: “This proposed development will be welcomed by local residents.

“It will make a significant impact on Holywell, but the highways and travel proposals must encompass both the development sites on the Lluesty

site.
“While I fully support the development of the Lluesty site, I would

be remiss not to raise these issues. ”

Members of Flintshire’s planning committee will meet to discuss the application on Wednesday.

The scheme has been recommended for approval subject to a management company being set up to handle the future maintenance of the roads and footpaths.

The developers will also be required to pay £1,100 per house and £733 per apartment to improve play facilities at the Fron Park and Holway play areas.