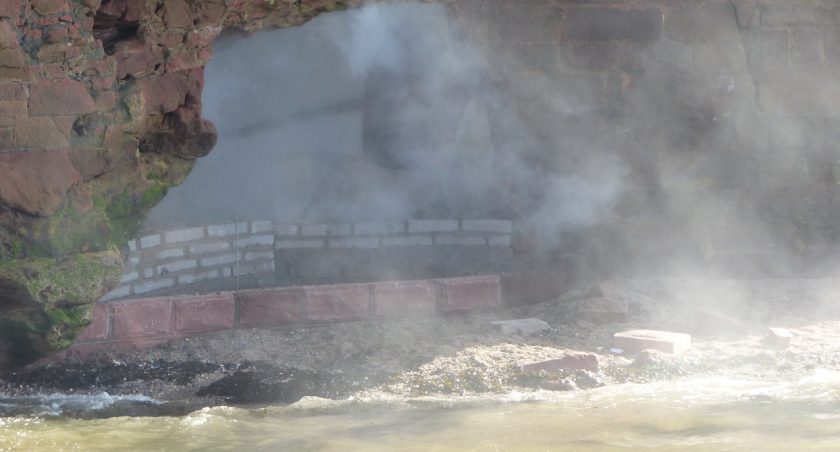 Worrying new images appear to show the run of events that led to a popular Merseyside beauty spot being on fire and closed to the public.

Emergency services were called to Hilbre Island, off West Kirby, after smoke was seen billowing out of a cave at around 7.30pm.

The island is very popular with tourists, but Friday evening’s fire caused the site to be closed throughout the bank holiday weekend.

The fire followed reports and images of building materials strewn across the island.

But these new images, taken over the course of Friday afternoon, between 1.20pm and 2.44pm appear to show smoke rising from the expanding foam used by council workers to repair damage to a cave. 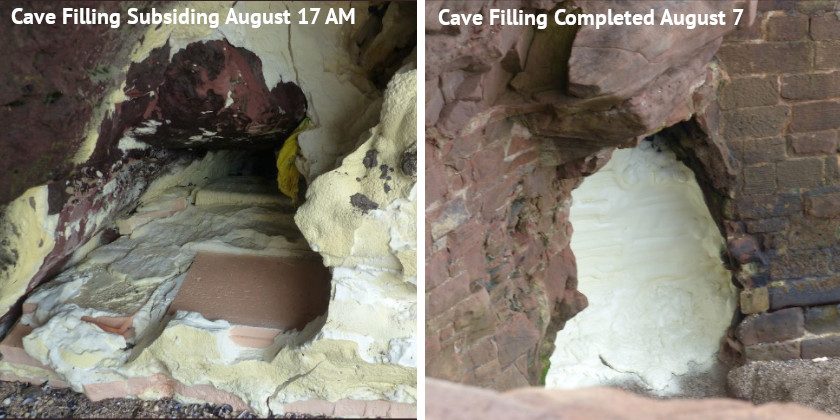 Further pictures, taken between August 7 and August 17, also reveal the failure of the effort to patch up the cave and its gradual destruction by the tide.

Locals reported that foam which was ripped from the cave by the sea could later be seen floating around the beach. 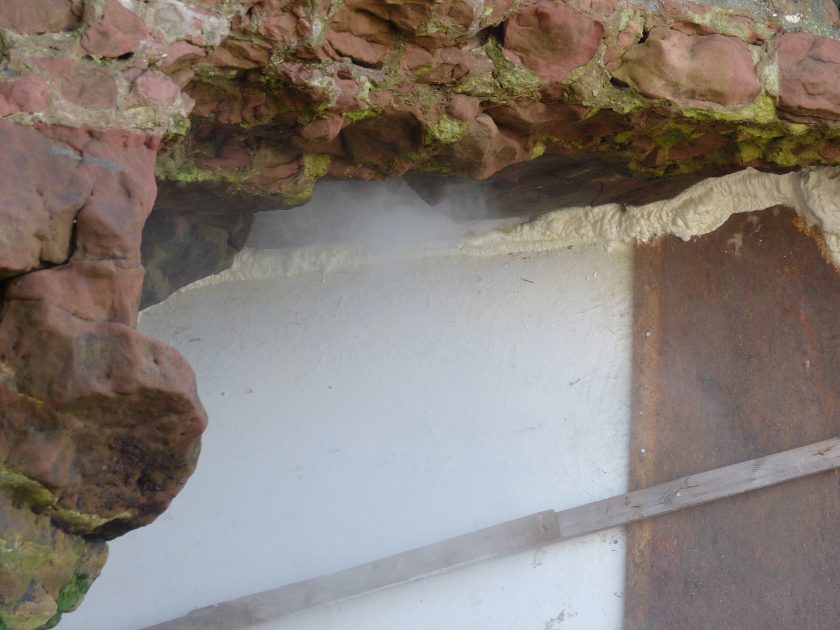 Cllr Pat Cleary, the leader of the Green Party on Wirral Council, said this proved that current arrangements were “not fit for purpose”.

In a statement, he said: “Key stakeholders such as the Friends of Hilbre group, (who were never consulted about the works), visitors to the island who were turned away by the RNLI and very many local people are furious about the damage the Council has wreaked on this important and much-loved environment.

“The Council cannot defend its use of expanding foam, or failure to consult with all the many environmental experts they could have spoken to about the proposed works. This simply isn’t good enough.”

A Freedom of Information request revealed that the council has spent £65,000 on this work to the cave and that clean-up works prior to the fire were conducted by the contractor without any additional cost to the council.

Hilbre Update: I feel somewhat deflated – predictably the tide has flushed the cave out today and left detritus all around the north end of the island including in the old tide gauge pic.twitter.com/y6ZTWlwd1U

Regarding the cause of the fire, Wirral Council were unable to confirm the foam was the cause.

A spokesperson for Wirral Council said: “Merseyside Fire and Rescue Service are working to identify the cause of fire and we are fully supporting their investigation and will not be speculating on the cause until we have the full facts.

“Hilbre Island remains closed while barriers and signs are put in place warning visitors of the dangers of possible cliff fall, and other safety information.

“The Island is planned to be reopened this Saturday (August 31) and in the meantime both Middle Eye and Little Eye remain open.”

Wirral Coastguard Rescue Team confirmed that although the fire has been put out “significant public risk still remains due to the instability of the cave and the cliff.”

Hilbre Island is to be reopened on Saturday, providing any risk to the public no longer exists.

Visitors can still make the trip to Middle Eye and Little Eye, smaller neighbouring islands, as they are still accessible.