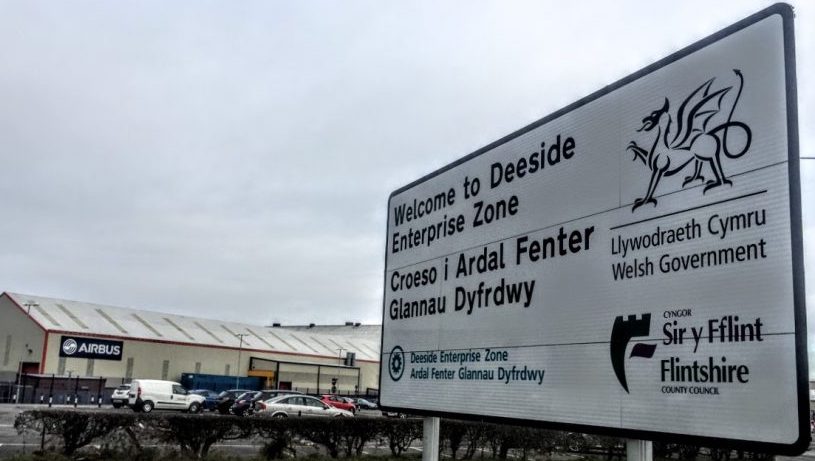 A petition has been launched on behalf of 500 contract workers at Airbus Broughton who are facing redundancy.

It calls on the UK Government to intervene following a decision by specialist service provider Guidant Global to begin a redundancy consultation process with its employees.

The petition went live on Wednesday evening and by Thursday afternoon it had already hit the 1700 signature mark.

At the start of April Guidant Global put 500 staff working at the Broughton wing making site on furlough.

On Monday Airbus announced 3200 production staff were being furloughed in response to the coronavirus crisis which has hit the airline industry hard.

At the same time, Guidant Global gave notice to its workforce that it was to begin the redundancy process, many of them have been working at Airbus for years.

“The fundamental principle of this [furlough] scheme is to save jobs by payments to help companies keep workers employed, it is not intended to pay companies to jettison jobs

The principle of the scheme is clearly identified by the name given to it by Government- The Job Retention Scheme.

This follows a review of Airbus’ operational requirements against the COVID-19 environment.

This decrease in operational requirements is anticipated for the medium term, therefore, Guidant Global, further to a decision to furlough its employees, has made the difficult decision to start the redundancy consultation process for those workers affected.

This means that the workers affected will continue to be furloughed for 45 days through the consultation process.

This decision is not one we have taken lightly and over the coming weeks and months we will work closely with the workers directly affected to offer support and guidance during this difficult time.”

The petition, which was launched by Bob Jones states: “We, the employees of the Guidant Global workforce contracted to Airbus UK seek the intervention and support of the Secretary of State for Business, Energy and Industrial Strategy the Rt Hon Alok Sharma.”

It goes on to say: “The large majority of the Guidant Global workforce of the Airbus UK Broughton, Flintshire Plant are entering their 8th, 9th and 10th years with the company and there are very few employees if any, that have been employed by the company for less than five years, this is not a temporary workforce.

This notice period is with effect from the 27th April 2020 and gives the employees of Guidant Global a minimum 45-day notice period.

Under the current government guidelines regarding the job retention scheme the government has extended the period to which the scheme will run until the end of June 2020.”

Airbus revealed on Wednesday a 49% drop in first-quarter adjusted operating profit on Tuesday as the impact of the coronavirus crisis takes its toll on the planemaker.

The planemaker delivered 40 less aircraft than quarter 1 versus the same period last year.

Production rates were cut by a third earlier this month, A320 family jets has been reduced from a rate of 60 to 40 per month, A330 rate will reduce from six to two per month and A350 production rate will drop from 10 to six per month.

Executive Officer Guillaume Faury said: “We are now in the midst of the gravest crisis the aerospace industry has ever known.”

An Airbus spokesman said: “Production at Airbus has significantly reduced as a direct impact of COVID-19.

As a result, Airbus has had to reduce its contingent workforce. This has resulted in Guidant having to make the very difficult decision to start redundancy consultation.

This is an unprecedented situation which has involved extremely tough decisions to be taken by all companies.

Airbus would like to thank all of its Guidant Global colleagues for their contribution to the Airbus family.”

The petition can be found here: Change.org