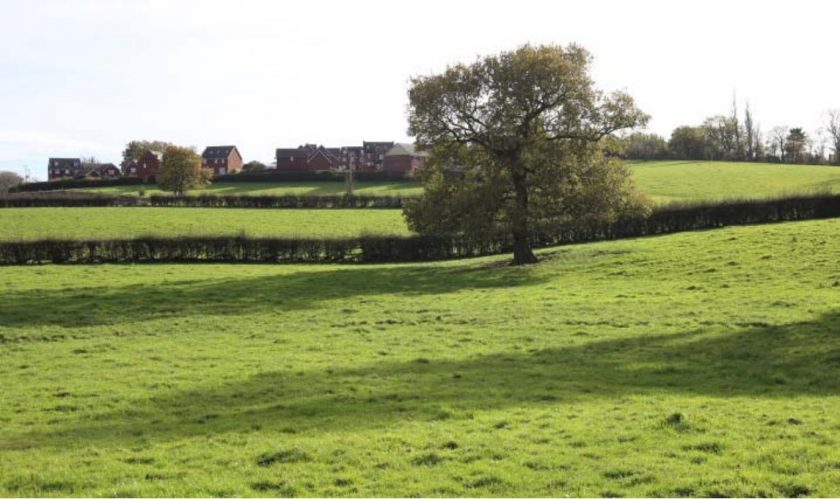 Plans to build 37 new homes in Penyffordd look set to be refused amid concerns over the impact on the surrounding countryside.

Roundfield Ltd  has entered proposals for a development on land to the east of Vounog Hill.

A total of 59 letters have been received in objection, including some raising fears that the village would lose its identity if more houses were built.

Flintshire Council’s chief officer for planning Andrew Farrow has now recommended that the development be rejected because of the negative impact it would have on the area.

In a report, he said: “In this instance, it is considered that the proposal amounts to unjustified residential development within an area of open countryside, whereby the proposed development would be detrimental to its setting.

“It would result in the loss of what is currently an open, agricultural field and its replacement with built development and associated human activity.

He raised a number of issues with the application, including dangers caused by increased traffic, the loss of valuable farming land and the negative impact on schools.

He was joined by fellow county councillor Cindy Hinds who said the land was outside the settlement boundary and would result in the overdevelopment of the village.

In support of the plans, Roundfield said they would help to increase the supply of housing land within Flintshire.

They said: “This development is significantly different to other housing schemes which are currently being proposed in the village.

“This is clear when considering the minimal scale of development proposed,
with a design which is landscape led and rural in character, and the unique opportunity this site presents to actively contribute towards community cohesion by connecting the hospital redevelopment site with the core of the village.

“Accordingly, we consider that to achieve the best outcome for the community, the merits of this application should be considered in its own right, and not influenced by other development proposals presented to the authority.”

The proposals will be considered by members of Flintshire Council’s planning committee on Wednesday, September 5.