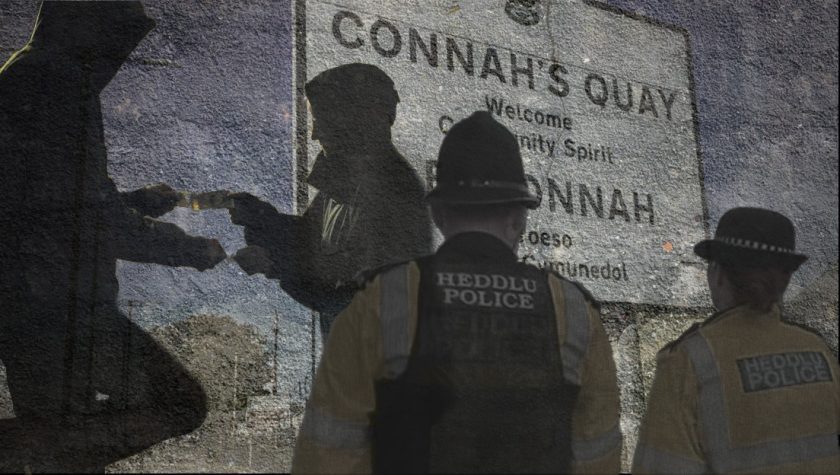 North Wales Police has revised the number of gangs it says are exploiting vulnerable people in the region.

A key feature of county Lines drug supply is the use of a branded mobile phone line which is established in the marketplace and promoted throughout the existing customer base.

A phone line is usually controlled by senior group members who tend to be located in the urban hub to avoid local police, these phone lines can generate thousands of pounds daily.

Vulnerable children and adults are recruited to transport drugs from urban areas into the county, often using the rail network.

Speaking to members of the North Wales Police and Crime Panel in Conwy last week, Chief Constable Carl Foulkes said last year they believed there to be 14 such gangs but now the figure is 26.

He said: “I talked about 14 (gangs involved in county lines) now I ‘ve talked about 26. That’s not because the numbers have grown it’s because our understanding is much better.

County lines generally effects every community in North Wales so this is not a Rhyl issue or a Bangor issue or a Wrexham issue.

This is an issue that effects Dolgellau, Porthmadog or Blaenau Ffestiniog and we have seen examples of that.”

The Chief Constable said big city criminals were a danger to all parts of the region.

“What we are seeing is very organised crime groups predominantly from my old force area in Merseyside that are taking on vulnerable people, taking on drug markets, taking over communities.

They use violence and they are getting more sophisticated and we are seeing that more and more,” he said.

Despite the threat posed by the gangs Chief Constable Foulkes said his force was working with other services to tackle the problem.

He added: “For me this is one of our greatest challenges, absolutely key to this is working with GMP (Greater Manchester Police) and Merseyside colleagues. The threat is absolutely there and the threat is real.

“We are not sitting on the fence on this, we are being pro-active. We have a multi-agency approach where we come together and look at what we know and what can we do differently.”

Drugs gangs from as far away as Kent and London have also been known to have targeted Deeside local police inspector Gareth Cust revealed in April.

County Line networks are having a huge impact on communities in Flintshire where dealers are known to take over the homes of vulnerable people to use as drugs bases, a practice known as “cuckooing.”

Inspector Cust said issues in Connah’s Quay are heavily linked to Shotton because of the train station, “which acts as a gateway for gangs from Manchester and Liverpool, we have had, on occasions, gangs come from Kent, London and the Midlands.”

Rail networks are a favoured transport method for county lines gangs who use children, sometimes as young as 12, to courier drugs and money across the country.