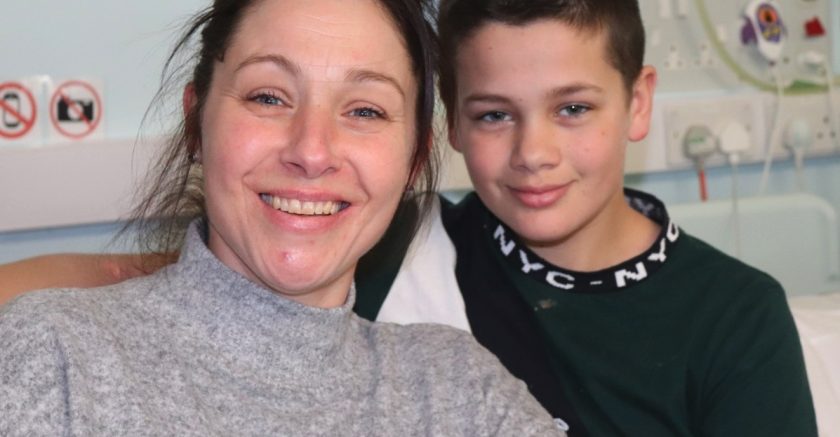 Parents and children are being warned about the dangers of a social media prank resulting in serious injuries to children and young people.

As part of the ‘Skullbreaker’ or ‘Jump-Trip-Challenge’, an unexpecting participant is asked by two friends to jump in the air, during which his/her legs are swept from under them, causing them to fall on their back.

The resulting falls are being filmed and uploaded to TikTok, Instagram, Twitter and other social media sites.

This week, a 13-year-old boy from Llandudno narrowly avoided a serious injury after landing on his neck taking part in a video.

Lewis McMillan, a student at Ysgol John Bright, was admitted to Glan Clwyd Hospital after recreating a video of the challenge he had seen with his friends on TikTok.

Lewis’ mother Zoe said: “Boys will be boys, but he’s had a lucky escape really.

It’s one thing seeing these sort of videos on social media, but kids need to be careful, and shouldn’t be copying them.

I think he’s been really lucky, he could have broken his neck. They thought he would just land softly, but he landed on his neck and his feet went back over his head.

His friends called an ambulance straight away and he was brought in to be checked over, and stayed in as a precaution.

Fortunately he’s OK, and the staff have been brilliant with him, but it could have been much worse.”

Markus Hesseling, Clinical Director for Paediatrics, said: “It might seem like harmless fun, but there is a real potential here for some genuinely horrible injuries to young people taking part in these videos.

Just this week, we have seen our first admission with a serious back injury.”

Because of the way the person tricked into take part in these videos is unable to break their fall, they’re dropping directly onto their backs, necks or extended limbs.

The trend seems to have been busy on social media for a week or so, and a lot of the content now being shared seems to be parents, news sites and other authorities warning about the challenge.

However, we are still seeing cases of children injured as a result of it, irrespective of whether the actual video was shared on social media or not.”

The responsible thing to do is to make young people aware of how dangerous this is.

My recommendation would be for parents to speak to their children about this and make them aware that this is trending at the moment, and to not be tricked into taking part.”