North Wales’ health board still languishing in special measures five years on – how did it happen and what does the future hold?

On June 8, 2015, North Wales’ only health board became the first to be taken into the direct control of Welsh Government via Special Measures – and five years on it still languishes there.

On the anniversary of the move, the Local Democracy Reporting Service looks at how it ended up there, what has happened over the intervening five years and what the future may hold.

It also questioned major figures involved in the move and the health board to assess how they felt Special Measures, the highest form of Welsh Government intervention, had played out over the intervening period.

When the board entered Special Measures, the then health minister Professor Mark Drakeford said it needed to improve:

As of November last year, the last statement current health minister Vaughan Gething made on the issue, maternity services at Ysbyty Glan Clwyd and GP out of hours services had been taken out of Special Measures.

The other areas remain under scrutiny but the board maintains it has made progress.

Special Measures was finally actioned after a report into events within Tawel Fan mental health ward, at Ysbyty Glan Clwyd, were made public.

It was the last straw after a series of issues regarding poor board governance, lax engagement with the public, poor performance against treatment targets and budgets spiralling out of control.

Betsi Cadwaladr was already under threat of Special Measures after being placed under “targeted intervention” in March 2014 – effectively a warning to put its house in order.

Allegations of ill-treatment were acknowledged by the board in December 2013.

An independent report into the charges, by NHS executive and midwifery expert Donna Ockenden, began in February 2014 and the completed report was passed to police in September that year. 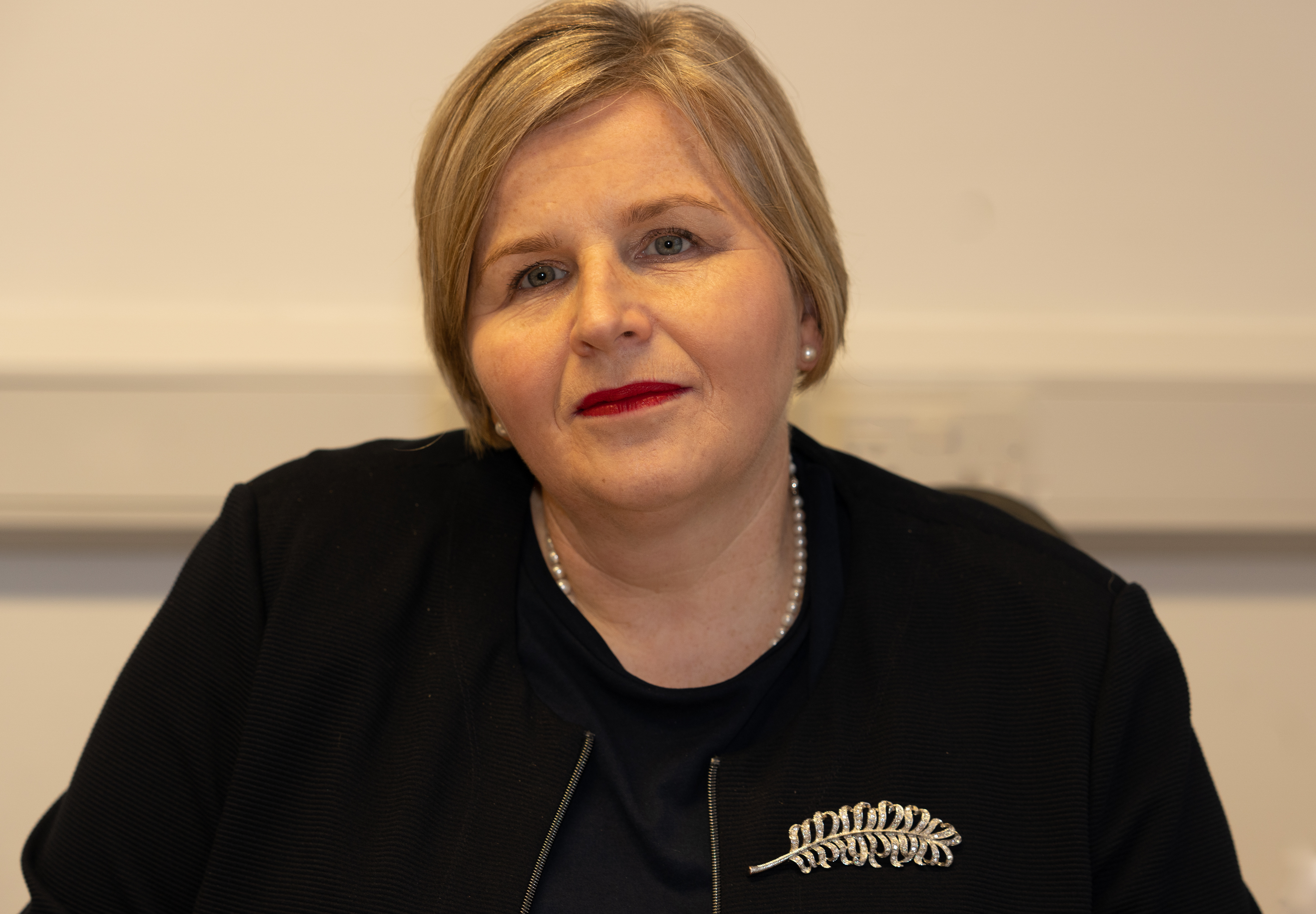 In May 2015 North Wales Police confirmed there would be no criminal prosecutions over the affair.

Later that month The Ockenden Report was made public, with the summary branding what took place on the ward as “institutional abuse”.

It catalogued distressing tales of dementia patients left to roam unsupervised, others being locked in rooms, some lying in their own faeces and urine, and records being altered.

Welsh Government and Betsi initially accepted the findings and in June 2015 chief executive Trevor Purt stood aside so Welsh Government’s Simon Dean could be parachuted in as interim CEO.

Mr Dean is once again in charge after Gary Doherty left his role as CEO this year.

It angered families of Tawel Fan residents – some saying they sought counselling because of their treatment by the board.

In addition to Tawel Fan there had been serious disquiet about public engagement.

The board had tried to close down consultant-led maternity and neonatal intensive care services at Ysbyty Glan Clwyd, saying it “wasn’t safe”, and strengthen those in Wrexham and Bangor, despite an angry public backlash.

After a massive campaign involving staff, the general public and families with premature babies, Welsh Government eventually relented after putting the board in Special Measures – but it had already left public trust at a worrying low.

Independent adviser Ann Lloyd was tasked with writing a confidential report about Betsi’s governance, already in “targeted intervention”, in January and February 2015 – before Special Measures was imposed.

It was damning and showed systemic problems in the board predated Tawel Fan.

Ms Lloyd said the board had “a history of failure” in addressing financial issues, even ignoring a report by Deloitte which identified cost savings of £107m.

A finance director, chair of audit and chair of finance had “whistleblown” to Welsh Government in September 2012 about concerns regarding the finances.

Part of the problem concerned capital expenditure, which the report said needed a “competent director” to oversee it.

The study detailed safety concerns because the board couldn’t manage treatment targets effectively and missed important key performance indicators on a regular basis.

Finally she said a number of reports into mental health services, going back more than two years to 2012, gave rise to “very considerable concerns about the quality and safety of care provided in the units”.

The decision to put the board into Special Measures on June 8, 2015, was made after discussions with Wales Audit Office (WAO) and Healthcare Inspectorate Wales (HIW).

In charge for most of the five years of Special Measures, Mr Doherty tasked HASCAS with investigating individual claims of abuse among Tawel Fan patients. 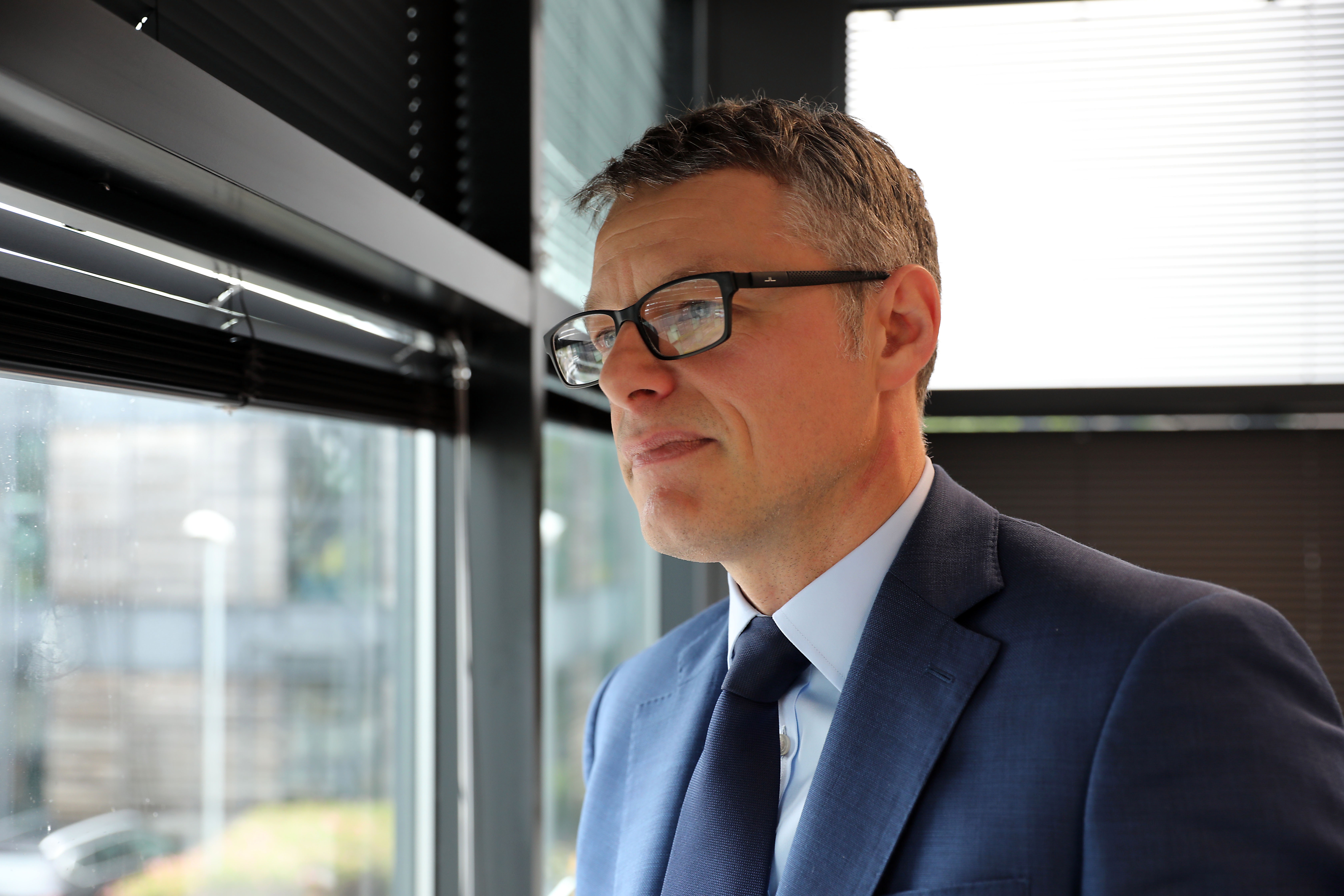 He engaged a plethora of management consultants, including Philip Burns, dubbed “Marbella Man”, who was on a salary of £1,990 a day (working part of the time from his home in the Spanish resort).

Mr Doherty was in charge when changes to vascular services were pushed through, despite huge public opposition.

The board has now promised to commission an independent review into the service.

The changes led to a “world leading” consultant and an independent board member resigning in protest.

What they say now

Donna Ockenden conducted the damning report into Tawel Fan abuse and a subsequent study highlighting flaws in board governance.

She said: “It was a privilege to be asked to undertake the first report into Tawel Fan ward and subsequent wide ranging review of Governance across BCUHB.

“During my work I was able to meet with hundreds of families, service user representatives and staff members and I made many recommendations.

“If they were put in place they would have improved the quality of care for patients and families and improved working conditions and job satisfaction for frontline staff.

“It is five years since my first report was published and almost two years since the completion of my Governance review.

“I sincerely hope in the intervening time BCUHB can show the significant improvements they would have made as a result of the recommendations in these two reports.”

In a joint statement Betsi Cadwaladr University Health Board chairman Mark Polin and interim chief executive Simon Dean said: “Since being placed in Special Measures we have made progress in a number of services including maternity and GP out of hours services.

“These have been de-escalated as areas of concern.

“We have seen progress in other services although we acknowledge there is more to be done.

“We are committed to delivering the improvements required.

“Recent months have provided us with an opportunity to make positive changes at pace, work with partners effectively and look at how we ‘reset’ for the future, learning from all the new ways of working and delivering services.

“This learning will no doubt help us bring about the transformation that is needed to achieve sustainable, high quality services across North Wales.”

He’s championed campaigns to save maternity services and vascular services, plus assisted Tawel Fan families after the Ockenden and HASCAS report’s publication. 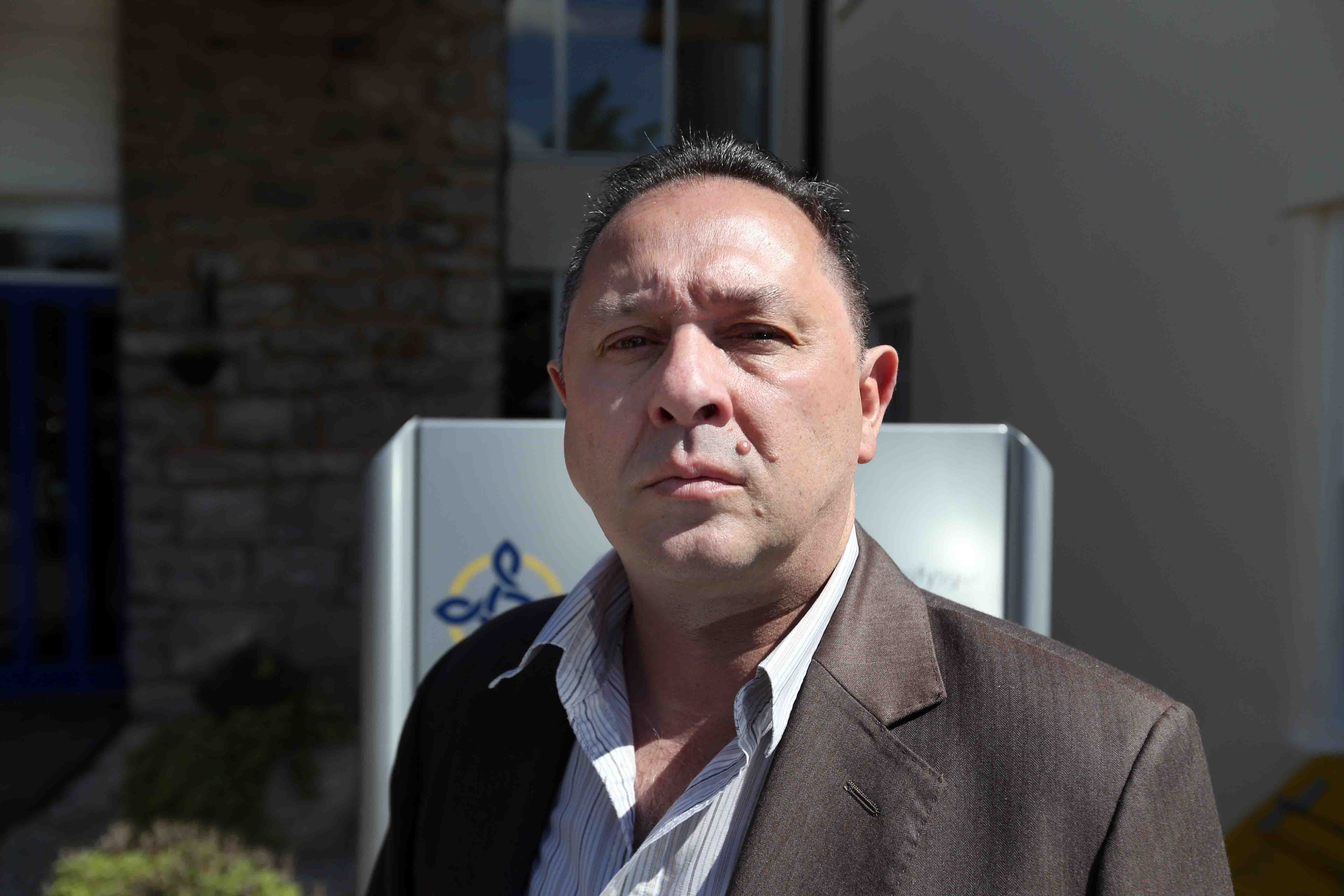 He said: “Some progress has been made but five years on not enough to get them out of Special Measures.

“Mental Health Services in North Wales, one of the key failings in 2015, remains an area of concern with progress to date disappointing.

“Mark Drakeford, then Health Minister, also demanded Betsi Cadwaladr’s Board listen to local people, rather than just informing them of its point of view.

“Patients campaigning for the reinstatement of the Vascular Service in Bangor would say little progress has been made in this regard over the past five years.

“In Spring 2018 North Wales CHC wrote to Vaughan Gething regarding the lack of progress out of Special Measures.

“The Minister replied he was ‘disappointed to hear the view of CHC members that Special Measures had become the new normal and the CHC lacked confidence in the BCUHB Board to deliver the standard of health care expected by people in North Wales’.

“He went on to say he was confident the board would have achieved the key milestones necessary to get out of Special Measures by April 2018.

“A previous BCUHB CEO claimed getting out of Special Measures was ‘not rocket science’.  Clearly, it is much more difficult than that.”

Vaughan Gething was deputy health minister when Special Measures was invoked and given responsibility for overseeing Betsi Cadwaladr’s recovery.

He was appointed health minister in 2016 and remains in post today.

We asked directly for his views on how Special Measures had progressed.

However, a Welsh Government spokeswoman said: “A wide range of good quality health services are provided every day across north Wales and steady progress has been made while the health board has been in special measures, especially in maternity services and out-of-hours care.

“Before the pandemic, it was our assessment that further progress was needed in leadership and governance, performance, financial management and mental health services.

“As we work with the health board to re-start normal activity alongside essential services, we will be working with the interim chief executive and the chair to realise the health board’s longer-term transformation.”

Ironically the coronavirus pandemic has forced the health board to change the way it works, something many staff on the ground have been advocating for years. 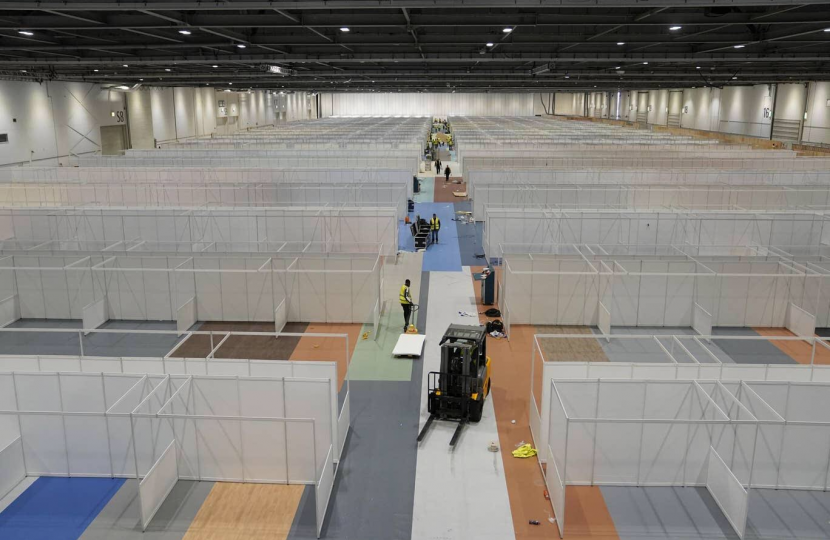 The pandemic may also have given the board the chance to slim down waiting lists by reassessing the cases of those awaiting treatment.

The major bright spot is arguably a cohort of thousands of committed frontline and support staff, who have worked tirelessly under extreme pressure – and who have received tremendous goodwill during the Covid-19 pandemic.

However the recent debacle regarding the discharge of 1,700 mental health outpatients, and the mix-up with reporting Covid-19 infection figures, has left many commentators believing there’s still a long way to go regarding  governance, leadership and oversight – both within the board and in Cardiff.