The design for the new £20 note has been unveiled by the Bank of England.

The new £20 note featuring the artist JMW Turner will be issued for the first time in February 2020.

The Bank says the new polymer £20 note contains sophisticated security features, “making it the most secure Bank of England banknote yet.”

For the first time, the note incorporates two windows and a two-colour foil, making it very difficult to counterfeit.

Polymer notes last longer than paper notes and they stay in better condition during day-to-day use.

The note, like the polymer £10, will contain a tactile feature to help vision impaired people identify the denomination. 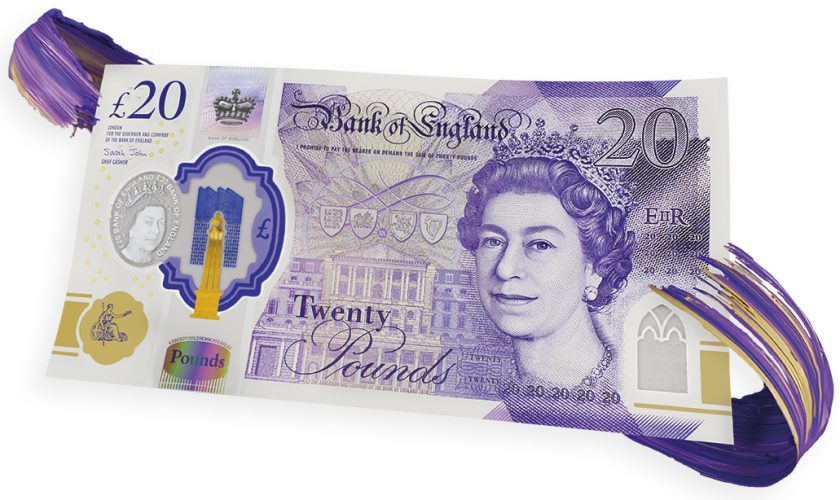 The bank says the new £20 will start to appear from February 20 next year as the notes leave cash centres around the country and enter general circulation.

The public can continue to spend paper £20 notes as usual and these will be gradually withdrawn as they are banked by retailers and the public.

Notice will be given six months ahead of legal tender status of the paper £20 being withdrawn.

Commenting on the new note, Bank Governor Mark Carney said: “Our banknotes celebrate the UK’s heritage, salute its culture, and testify to the achievements of its most notable individuals.

And so it is with the new £20 banknote, featuring JMW Turner, launched today at Turner Contemporary in Margate. Turner’s contribution to art extends well beyond his favourite stretch of shoreline.

Turner’s painting was transformative, his influence spanned lifetimes, and his legacy endures today. The new £20 note celebrates Turner, his art and his legacy in all their radiant, colourful, evocative glory.”

The new £20 note will be the first to feature the signature of Sarah John, the Bank’s Chief Cashier.

She said: “The new £20 is an important part of our commitment to providing banknotes that people can use with confidence. Our polymer notes are much harder to counterfeit and, with the £20 being our most common note, this marks a big step forward in our fight against counterfeiting.

I hope the public will look forward to spending their new Turner £20s from February next year.”