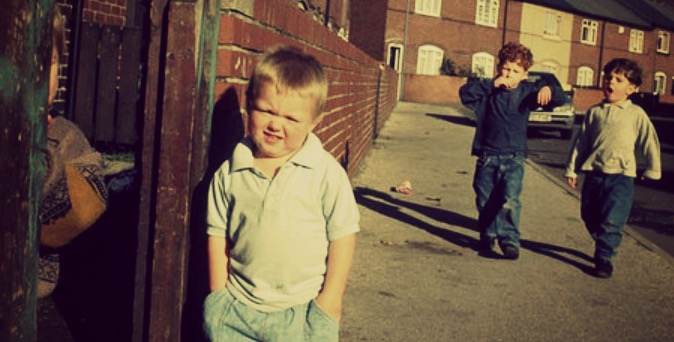 David Hanson – MP for Delyn – met with End Child Poverty Network today to discuss the latest research which found that child poverty, after housing costs had increased in his constituency.

The UK’s leading child poverty coalition is calling for the major Parties to outline ambitious child poverty-reduction strategies after the new data – published today – shows that child poverty is becoming the norm in some area’s.

Wales was the only UK nation to see a rise in child poverty last year the research shows, nearly three in 10 children were in poverty in 2017-18, a rise of 1% – at a local level parts of Flintshire have seen a 2% rise.

Researchers from Loughborough University commissioned by End Child Poverty Network – a coalition of organisations including Children in Wales, Oxfam Cymru, Barnardo’s Cymru and Save The Children – estimated the numbers of children locked in poverty in each constituency, ward and local authority area across Britain.

Mr Hanson has pledged his support for a number of measures set out by End Child Poverty they include:

The four wards in Delyn with the highest child poverty rates, after housing costs are:

The four wards in Alyn and Deeside with the highest child poverty rates, after housing costs are:

Ignoring the fact that constituencies, like Delyn, still have over 1,000 people without a job.

I noted how these figures covered up the fact that many families are now working in low-paid employment on zero-hours contracts.

These child poverty figures prove my worst fears to be true.

It is infuriating that the UK is one of the richest nations in the world and after 9 years under this Government’s rule we have seen child poverty hit levels not seen since the last time they were in power.

It took the Labour Government 13 years to nearly eradicate poverty in Delyn and the country and all that hard work has been wasted.”

“Child poverty impacts all of us. Children growing up in poverty are having their life chances dramatically reduced.

Failing to support families in poverty mean that we are watching talented people being left behind. I cannot stand to see someone’s hopes and ambitions halted because of a failure of government.

The UK Government need to halt Universal Credit, increase investment into our communities and bring an end to zero-hours exploitative contacts.”

Welsh Conservatives have pointed the finger of blame at the Welsh Government for the rise in child poverty in Wales.

“This shocking news sadly just confirms what Welsh Conservatives have been saying for a long time, that the Welsh Government is failing again and again to improve the lives of younger people in Wales.

Not only are our children vulnerable to dangerous healthcare as new-borns thanks to a shortage of midwives and maternity units in special measures, but then we see them join a struggling education system that’s repeatedly at the bottom of the UK tables thanks to poor management by the Welsh Government.

This lazy Labour-led Government is repeatedly failing to be held accountable for the inexcusable problems we’re seeing our younger people face, blaming the UK Government but failing to explain why it’s devolved Wales that repeatedly suffers the most.

We should be raising a generation that takes Wales forward for a strong future for our country, not putting hurdle after hurdle in front of them”.