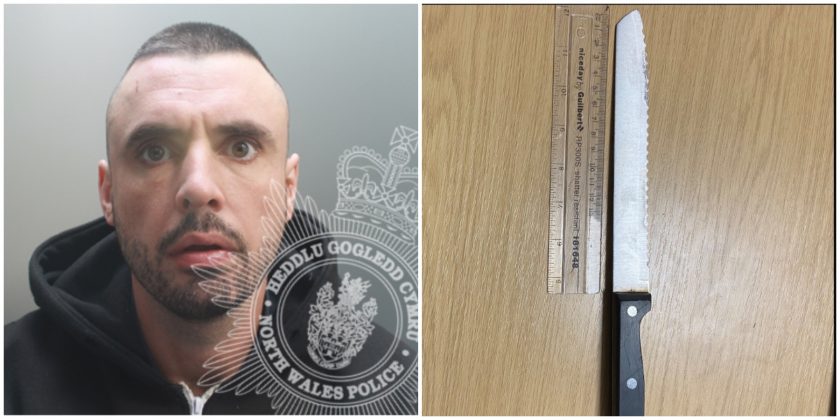 A Queensferry man has been jailed for 18 weeks after being caught carrying a 7.5inch long knife on Connah’s Quay High Street.

According to eyewitnesses, a man was seen with a large knife walking along the high street near to the precinct shops on Sunday evening.

Police armed with tasers arrested the man on Sunday evening after being alerted by concerned members of the public.

In an update today on the North Wales Police Intercept Team Page, a spokesperson said:

“Do you remember our last post regarding a man being found with a knife on Connah’s Quay High Street?”

“Carrying a knife in public has consequences.”