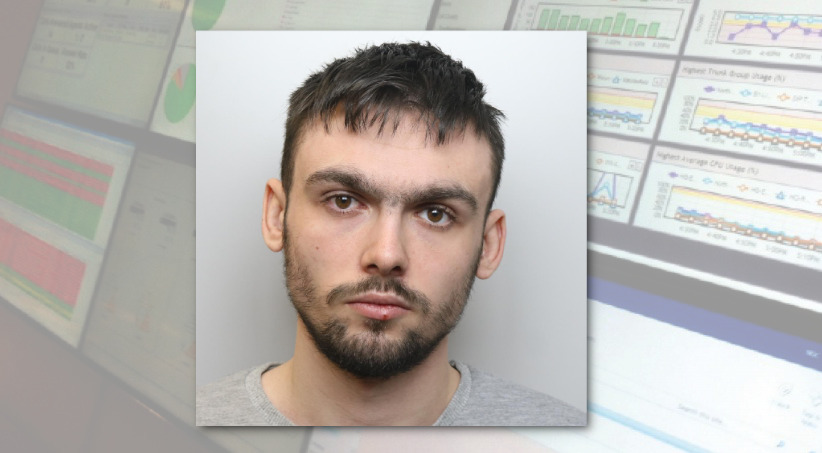 A man who launched cyber-attacks on official police websites has been jailed.

Liam Reece Watts appeared at Chester Crown Court on Monday 12 August where he was sentenced to 16 months in prison.

The 20-year-old, of Stratford Road, Chorley, had earlier pleaded guilty to two counts of unauthorised acts with intent to impair operation of or prevent / hinder access to a computer.

The charges related to two Distributed Denial of Service (DDoS) attacks on the Greater Manchester Police and Cheshire Constabulary websites.

During the attacks, which occurred on 22 August 2018 and 22 March 2019, Watts used specialist software to overload the websites, causing them to malfunction and rendering them inaccessible to the general public.

During both attacks Watts posted messages on social media in which he admitted responsibility.

He even taunted officers about the pleasure he had at being able to bring the sites down.

Within one of the messages posted at the time of the attack on the Cheshire police website, Watts claimed the attack was retaliation for a previous conviction relating to a bomb hoax in Warrington.

“Watts is an immature individual who deprived the people of Cheshire and Greater Manchester of their access to a public service by taking down Police websites. While sitting behind his computer screen he clearly felt safe enough to commit a serious offence under Computer Misuse Act offences.

“While attacking police websites may not be seen as a serious offence, the impact of Watts’s actions should not be underestimated.

“As a result of the two DDoS attacks, he rendered the websites inaccessible, meaning that thousands of people were unable to access the sites to view vital information, seek updates on the progress of ongoing investigations, report minor crimes or contact local officers.

“I hope that  Watts’ conviction will act as a warning to anyone who would engage in this type of behaviour online. This shows how seriously both police and the courts treat crimes of this nature.

“I would also like to reassure the public that at no point was Watts able to view any confidential information, nor was he able to access any police systems. Both of the sites are provided on standalone platforms and all of the information stored on them is accessible to public.”

During the hearing the Judge described Watts’ actions as “a fundamental attack on the heart of society.”