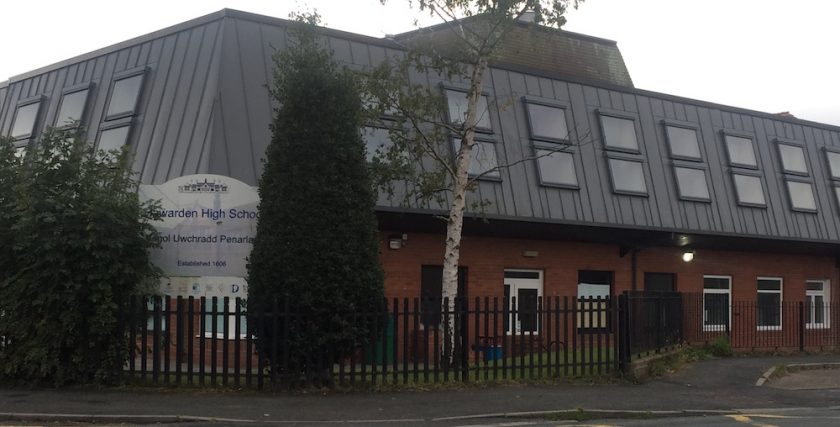 The Headteacher of Hawarden High School is seeking reassurances at the “highest level” that students will not be disadvantaged because of the standardisation process for A-level results.

Learners across the region have received their grades today after their education was disrupted as schools were shut and exams cancelled because of the coronavirus pandemic.

In a late announcement yesterday, the Welsh Government’s education minister revealed no students would be marked lower than their AS-level results.

It followed concerns being raised after Qualifications Wales said final grades were likely to be lower than those estimated by teachers, which the exams watchdog said were “too generous”.

More than 40% of students in Wales have received lower grades than predicted by their teachers which has raised major concerns.

Mr. Simon Budgen said that whilst students have not had the chance to sit final examinations, “we should be in no doubt that they have worked extremely hard during their A Level years and deserve every success. We congratulate each and every one of our students and celebrate their successes with them”.

Mr Budgen said: “The positives of today, however, are overshadowed by the disappointment that exists with the processes employed by the examination board and the qualifications regulator in Wales.

Unfortunately some of the grades received today are not in line with the grades determined by teachers in good faith following a sound and robust methodology based on all available evidence.”

North Wales education leaders say students have been “let down” by the standardisation process for A-level results after raising major concerns.

Education portfolio holders at all six North Wales councils have issued a strong condemnation of the process after claiming it had harmed learners’ prospects and damaged the morale of teachers.

In a statement backed by chief officers, the regional school improvement body GwE and secondary headteachers, they highlighted a number of “significant inconsistencies”.

Examples given included one student’s estimated A grade from their teacher being downgraded to a D, while another had a B marked down to a U.

In the statement, they said: “Following receipt of the results this morning, a significant number of schools report that that they have no understanding or confidence in the standardisation process adopted in Wales which has led to significant inconsistencies at learner and subject level within individual schools. The lack of transparency is very concerning.

“The matter has been further compounded following the significant U-turns seen in both Scotland and England.

“If ever there was a need for consistency across the UK qualifications bodies it is now.

“It seems that in Wales there is a grave danger that protecting the examination brand is more important than recognising the needs of leaners, especially the most vulnerable in these unprecedented circumstances that we are managing.”

They said Kirsty Williams’ announcement that learners’ final A level grades will not be lower than their AS results did not “in any way” address their concerns.

Instead, they described it as an acknowledgement from the government that it was not comfortable with the process.

They also questioned whether the appeals process was fit for purpose and expressed fears for pupils collecting their GCSE results next week.

They said: “We as the education community in North Wales are particularly concerned about the emotional wellbeing of learners especially the most vulnerable.

“These learners’ life chances and opportunities to attend the university, education or employment pathway of their choice have potentially been damaged by this process.”

They added: “Likewise, we are concerned that the standardisation process, details of which have not been shared with the profession, has had a detrimental effect on the morale of teachers and leaders in schools by significantly undermining their professional judgment and that parental confidence will have also been undermined by such discrepancies in results that we see today.

“We want to put on record that we have equal concerns about what may happen to our GCSE learners next week as this process has not filled us with confidence and that there is no meaningful appeals process for learners to appeal against the grades they might receive.”