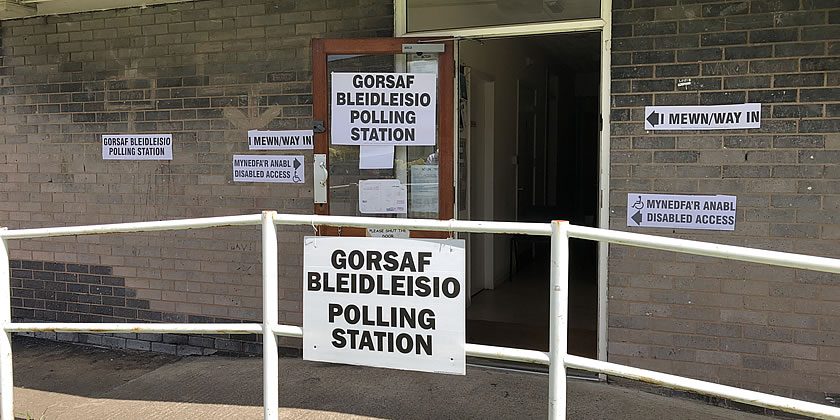 North Wales faces weeks of furious campaigning after the Prime Minister finally got his wish for a snap General Election.

All of north Wales’ 10 constituencies will be up for grabs in what will be the first winter poll since 1923.

This follows the Prime Minister’s one-page bill, enabling the General Election to be held on 12 December, winning Tuesday’s Commons vote with 438 MPs in favour and 20 against.

Although the bill still needs passage through the House of Lords, the scale of Tuesday’s vote means that any hold-up is extremely unlikely.

Why we are having an Election?

With the last General Election having taken place in June 2017, under the terms of the Fixed-term Parliaments Act (FTPA) 2011 a UK-wide poll was not expected until 2022.

But with the terms of Brexit having dominated Parliamentary proceedings for several months, the Prime Minister has been vying to strengthen his hand by securing a Conservative majority at Westminster –  having already failed on three separate occasions.

The bill passed on Tuesday bypassed the FTPA, which should see a new House of Commons in place long before the extension of EU membership expires on January 31, which was extended from October 31 and agreed to by EU negotiators on the behest of Parliament.

Parliament is expected to be formally dissolved during the early hours of Wednesday, November 6, to allow for the five week campaign period.

At this point, all 650 MP’s automatically lose their status and must seek re-election, with law dictating that Parliament must dissolve 25 working days before a general election.

The General Election itself is set to be held on Thursday, December 12, with polling stations open between 7am and 10pm.

The first results could take as little as an hour to be announced, but most north Wales constituencies are not likely declare until the early hours of the Friday morning.

The deadline to register to vote is November 25.

To check whether you’re already registered, contact your local Electoral Registration Office at https://www.gov.uk/get-on-electoral-register – you will need your postcode.

To be eligible to vote you need to be 18 years old or more on polling day.

You can vote in person on the day of the election at a named polling station or apply for a postal or proxy vote instead.

Standing as a candidate

Several candidates have already been announced although the deadline for registration doesn’t close until November 14.

However, certain groups of people are not allowed to stand, including:

In order to appear on a ballot paper, any candidates need to submit a completed set of nomination forms together with a deposit of £500 to the (Acting) Returning Officer before 4pm on November 14.

While all 10 north Wales seats will be up for grabs on December 12, some familiar faces have already announced they will not be seeking another term in office.

These include Aberconwy MP Guto Bebb, first elected as a Conservative in 2010 but who recently lost the party whip and currently sits as an Independent following disagreements on Brexit policy.

The 2001 intake of Labour MP’s Ian Lucas (Wrexham) and Albert Owen (Ynys Môn) are also standing down with Mr Lucas stating “personal and family reasons” with Mr Owen noting that he could not commit to another five years in Parliament.