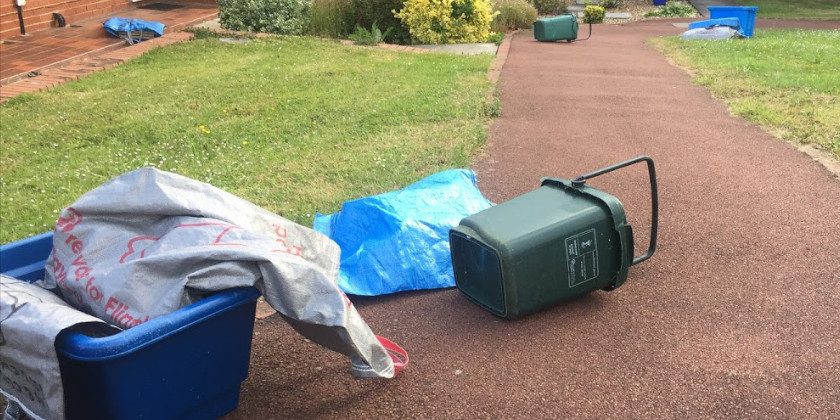 The future of waste collection services in Flintshire is set to come under the spotlight as part of a drive to improve recycling rates.

A public consultation is set to be held by the local authority in order to gain a better understanding of how people deal with their rubbish.

Flintshire Council is currently achieving a recycling rate of 69 per cent and is on track to meet the 70 per cent target set by the Welsh Government for 2025.

However, officials said there were still many cases where people are putting recyclable items in general waste bins.

As ministers in Cardiff consider whether to revise future targets, the council is preparing to ask the public’s view on how often it collects bins, as well as the size of waste containers and whether it should recycle more things.

A senior councillor said any rubbish which is not recycled could have a negative impact on the environment, as well as incurring costs for the council.

Cllr Carolyn Thomas, whose portfolio the waste service falls under, said: “The current municipal waste strategy ends in 2025 and with the expectation that our current performance will plateau without further changes, now is an opportunity to review the current service and identify ways in which recycling levels can be increased.

“It is widely recognised that not recycling our waste has substantial environmental implications and plastic waste, specifically, has been highlighted as polluting our seas and oceans.

“There is also a lost financial opportunity by not recycling our waste as there is a cost for every tonne of waste which is treated or landfilled, whilst the sale of the recycled products raises a small amount of income for the council.”

Last week, the authority’s countyside ranger co-ordinated a large clean up event where volunteers helped to remove rubbish from the banks of the River Dee.

It is one of a series of initiatives used by the council to cut down on waste, including a new trial which could see recycled plastic used to surface roads in the area.

In a further development, commissioning recently started at a new £800 million waste management facility on Deeside which is aimed at reducing how much rubbish is sent to landfill.

Cabinet members will be asked to approve the launch of the consultation on waste services when they meet next week.

It is proposed that the exercise will run from Wednesday 25 September until the end of October.