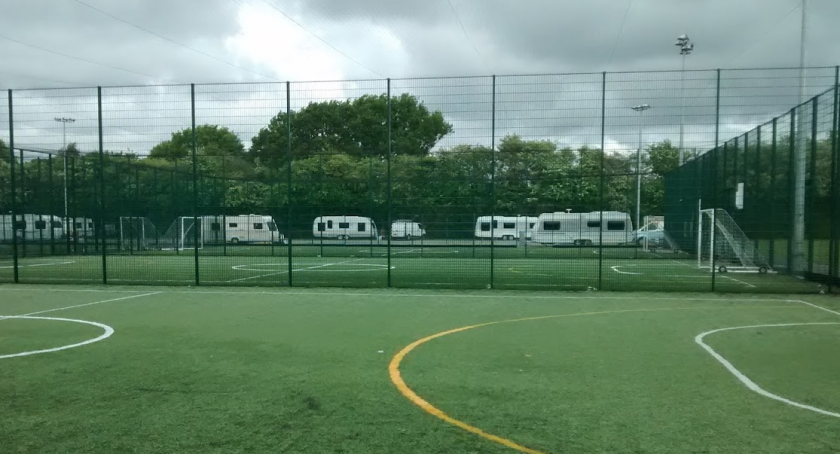 Flintshire Council spent £168,255 in three years ‘target hardening’ council land in a bid to prevent unauthorised encampments in the county.

The figures published in a report on Gypsy and Traveller site provision in Flintshire show that for the financial year 2015-16 there were 40 recorded encampments, 25 on local authority land and 15 on private land.

The council spent £49,022 on ‘target hardening’ where land or buildings are secured to prevent further use by Travellers in 2015-16.

The following financial year 20 encampments were recorded, the council spent £95,912 on ‘target hardening’ the figures do not include any legal fees or costs incurred for removing Travellers from sites.

So far this financial year the council has had 34 reported unauthorised encampments including one on Buckley Common and another on St David’s Park in Ewloe, it has been forced to spend £23,231 removing Travellers and securing the sites.

Surprisingly the council said it did not keep detailed costs incurred by unauthorised encampments in county prior to this financial year.

One proposal from the council would see Flintshire become the first authority in Wales to create transit sites where Travellers would be charged a pitch fee to cover running costs.

A move that would make the council “The leading authority in Wales when it comes to dealing with unauthorised encampments and an area of best practice.” said Chief Officer for Community and Enterprise at Flintshire Clare Budden.

‘The development of a transit site will mean that the Local Authority and the Police can direct any unauthorised encampment to the transit site thus negating the need for legal costs, clear up costs and spending money on target hardening. The authority will have responsibility for managing the transit site.’ The reports says.

An assessment of Gypsy Traveller accommodation in Flintshire has identified the need for three transit sites in the county, funded by a Welsh Government grant each site would accommodate six caravans.

“However, based on the size of the unauthorised encampments over the past few years, it would be more appropriate to create a six pitch transit site capable of accommodating 12 caravans with an option to have an area for emergency accommodation in instances where we have large encampments” said Clare Budden.

Under The Housing Wales Act 2014 Flintshire County Council has a statutory duty to assess the accommodation needs of Gypsy Travellers in the county, the same Act then places a statutory duty upon the council to provide for that need.

A council scrutiny committee will discuss the report on December 20.