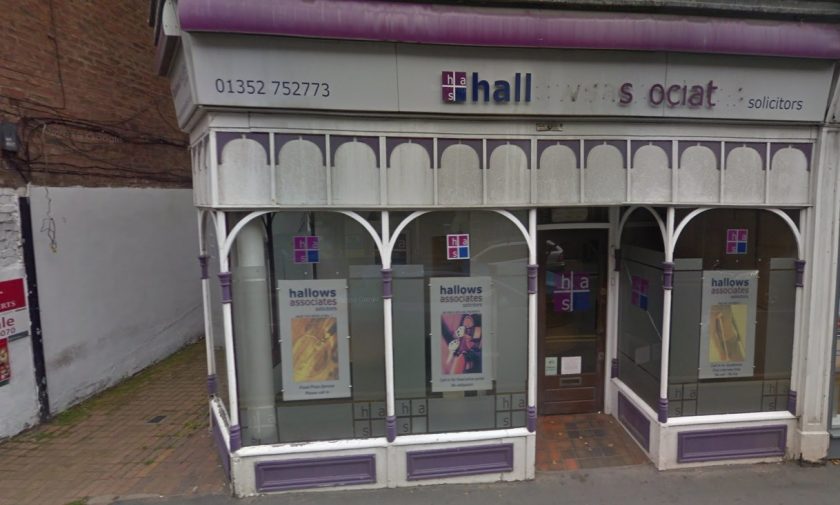 A solicitor who used “premeditated, calculated and repeated” false accounting to leave his client account short by more than £880,000 has been struck off.

It said he had been “teeming and lading” (a form of false accounting) where he moved cash from one account to another and settled monies owed to clients using money from other customers.

Hallows had also been using cheques from a company associated with his wife to give the impression accounts had more money in them than they actually had.

A statement would be sent to satisfy clients showing the inflated funds, before the cheques bounced and were cancelled.

The disciplinary tribunal, held in October this year, found: “His actions were premeditated, calculated and repeated over a significant period of time.

“He had sought to conceal his wrongdoing by making excuses as regards the return of client monies and by falsely boosting the client account balance with cheques that he knew would not clear.

“He had displayed no insight, had not made good the shortfall and had not co-operated with the Applicant during the investigation and the proceedings.”

It added he had caused “huge damage to the reputation of the profession”, his clients had “suffered significant harm” and his conduct had been “a complete departure from the standards expected of him by the profession and the public”.

The findings said Hallows’ conduct was “aggravated by his proven and admitted dishonesty” and the only mitigation for his actions had been his “previously unblemished record”.

He also paid out £10,000 to a third party with the reference “Shawbrook” and £8,000 in respect of a Tribunal claim against him.

However between then and November 2, 2016, he transferred £49,228.00 of the estate to the firm’s office bank account with no good reason.

An “intervention” stopping Hallows from practising as a solicitor was first issued by the SRA on February 15, 2018, after one of its forensic investigators inspected the firm’s ledgers.

He tried to get the hearing adjourned on medical grounds but a letter from his doctor “contained insufficient information to support the Respondent’s application to adjourn the proceedings on the basis of his health” – and it was dismissed.

Hallows had also attempted to stay the hearing because he was on police bail, claiming evidence heard at the tribunal could “compromise” his defence in the police matters.

The tribunal found Hallows had been arrested by police on April 4, 2019, but had been released on bail and not charged, meaning “criminal proceedings were not imminent”, and rejected his application.

The Tribunal decided due to the serious nature of the misconduct, “in that it involved multiple findings of dishonesty”, the only appropriate and proportionate sanction was to strike him off the Roll of Solicitors.