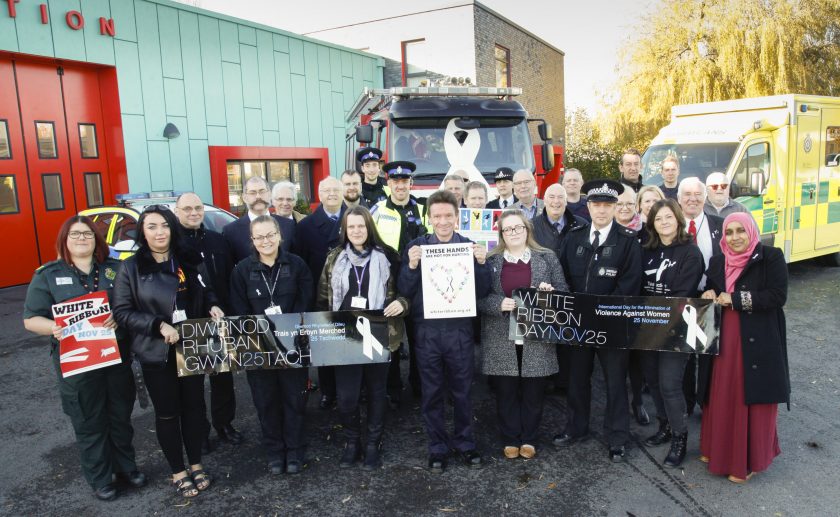 Organisations from across Flintshire have joined together to run events throughout this week to show their support the White Ribbon Campaign for an end to violence against women.

Flintshire County Council members, officers, local residents, partner agencies, construction workers and members of the fire services are among many who have been wearing white ribbons to promote awareness of the campaign, which aims to eliminate all forms of violence against women. 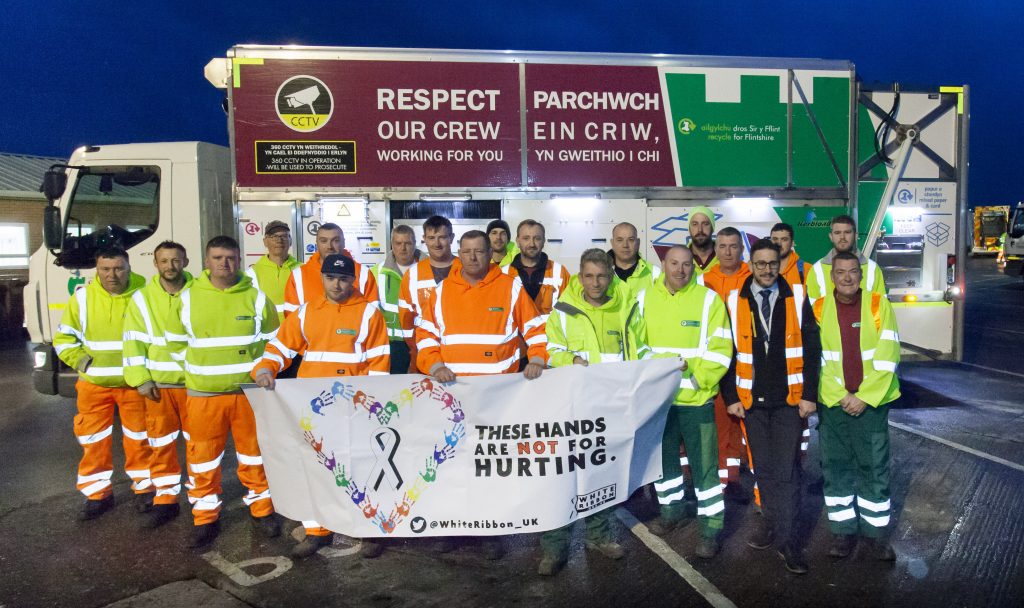 An event earlier in the week held at Deeside College aimed to promote the campaign amongst young people and to raise awareness of support services available. Flintshire County Council’s Streetscene team showed their support by wearing the white ribbon. 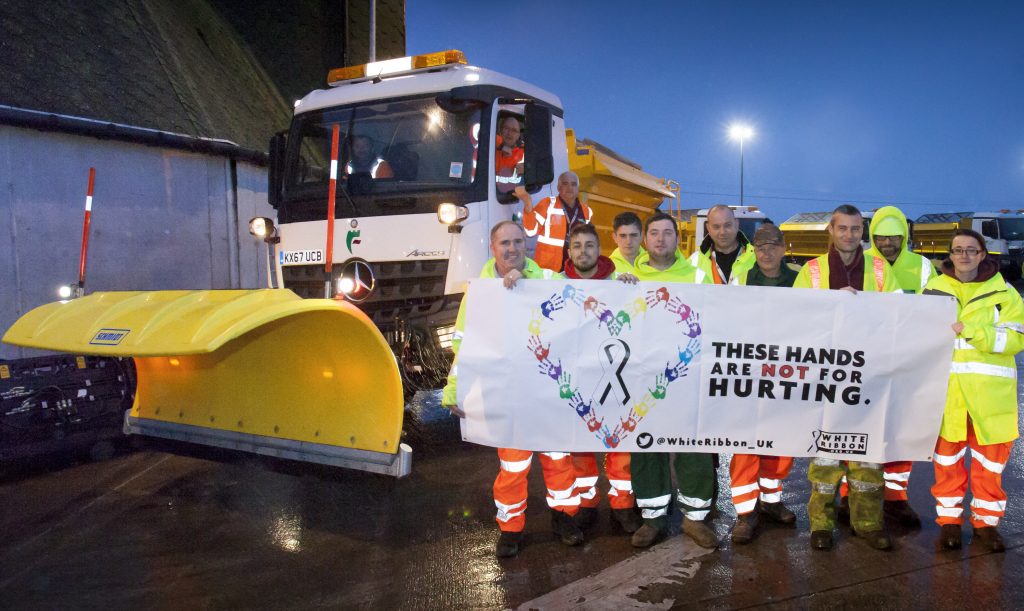 “Flintshire has fully supported this cause for many years. Talking to young people and explaining the issues is just one of the ways to spread message the. Wearing a white ribbon is another great way to show support.” 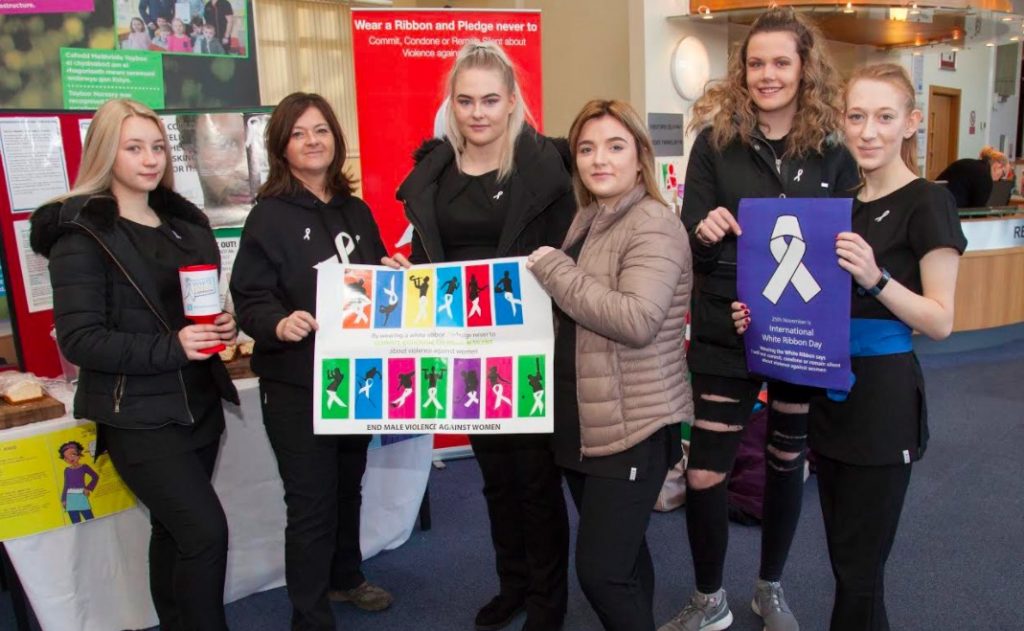 The campaign www.whiteribboncampaign.co.uk invites people to pledge their support.